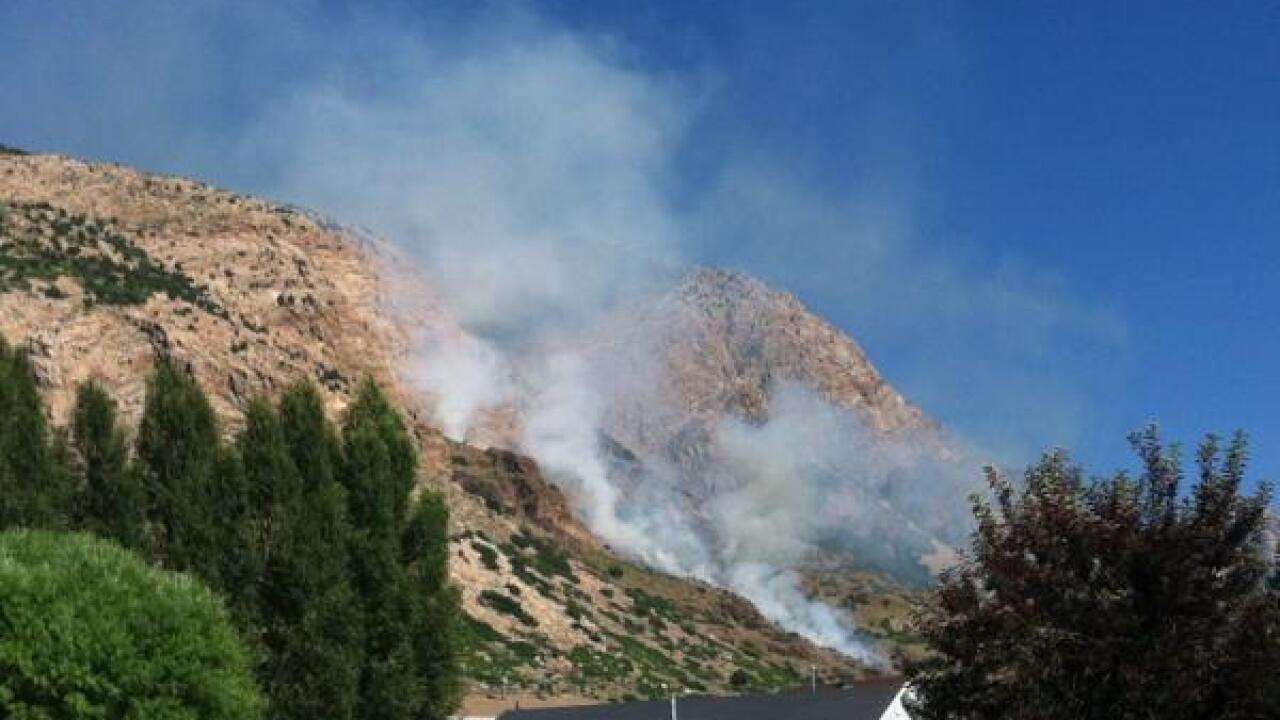 UPDATE: The fire is fully contained and extinguished Friday morning, according to officials.

Firefighters caught a break overnight with lower wind gusts, but on Friday a Red Flag warning is expected around noon. Temperatures will be hotter and the winds stronger.

PREVIOUS: OGDEN, Utah -- Ogden fire crews are fighting a brush fire on a mountainside east of Harrison Blvd at about 80 North and say they nearly have it contained.

The fire started at about 4:20 p.m. and grew to about 10 acres according to Ogden Fire authorities. As of Thursday evening, firefighters have the blaze about 75 percent contained and expect it to be fully contained overnight.

Residents say during its height, the fire was seen for several miles in the Ogden area

Firefighters say they were aided by a light wind that directed the flames away from homes. Crews say they do not know what started the blaze, but at least one resident believes it may be human-caused.

"We heard someone yelling 'fire' and we looked up and sure enough we saw the flames going up a tree and this guy running from the fire," says Ogden resident Neidra Merrill.

Merrill says she called 911 and that dispatch was aware of the fire, but did not hear of any other reports of a man running from the scene.