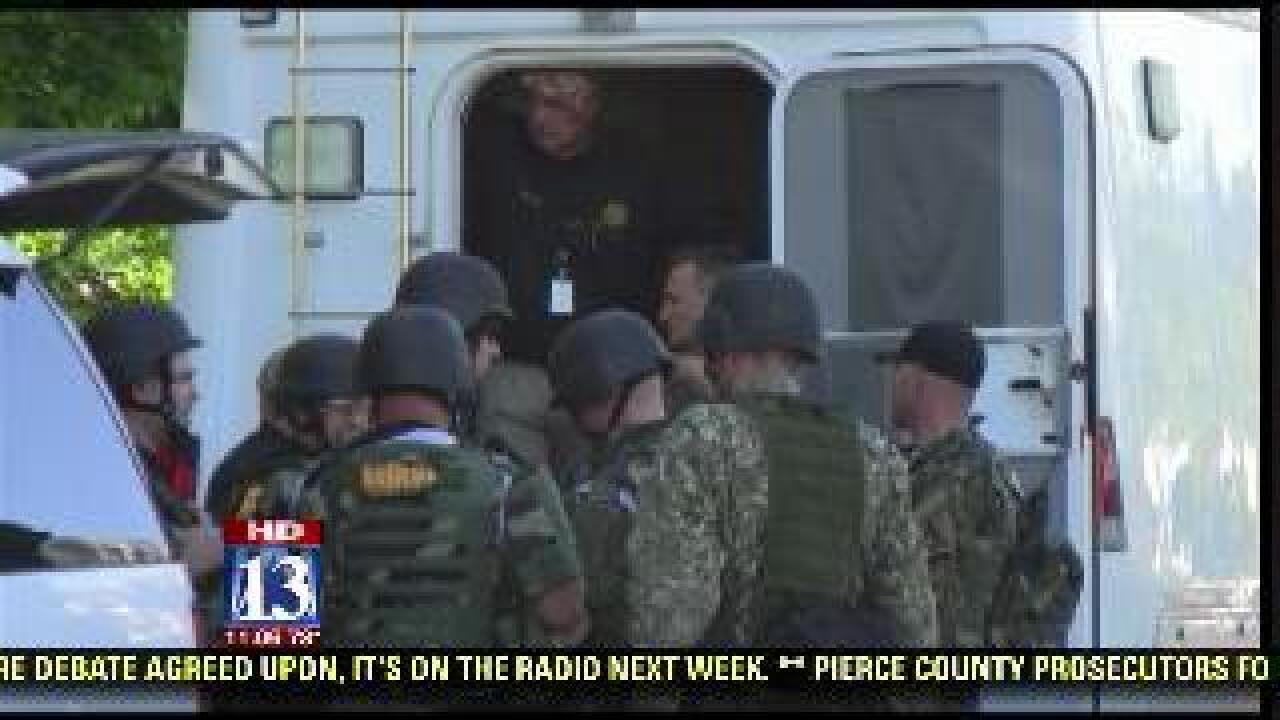 After more than three hours in a standoff with law enforcement, an armed man surrendered to police peacefully in his Providence home Thursday evening.

The man is identified as 23-year-old Bryson Miller of Providence.

Earlier Thursday afternoon, the Cache County SWAT team responded to a home at 100 East and 100 South after Miller's parents alerted police that he was armed and suicidal. He had barricaded himself inside by the time police arrived.

Police say witnesses reported hearing shots fired inside the house. They were able to reach Miller by phone to negotiate with him.

Miller eventually stopped talking to police. SWAT teams sent a robot into the house in an effort to locate him. They then tear-gassed the house and entered the home where they found Miller in a hallway.

Police say he surrendered without incident at about 7:30 p.m.

Police say he had some cuts on his body but is otherwise uninjured. Miller walked from the house under his own power and was placed in an ambulance. Police took him to Logan Regional Hospital for a mental evaluation.

Police say he was extremely intoxicated when they found him.

No charges have been filed, but may be after police complete their investigation.

Several nearby homes were evacuated during the incident as a precaution.