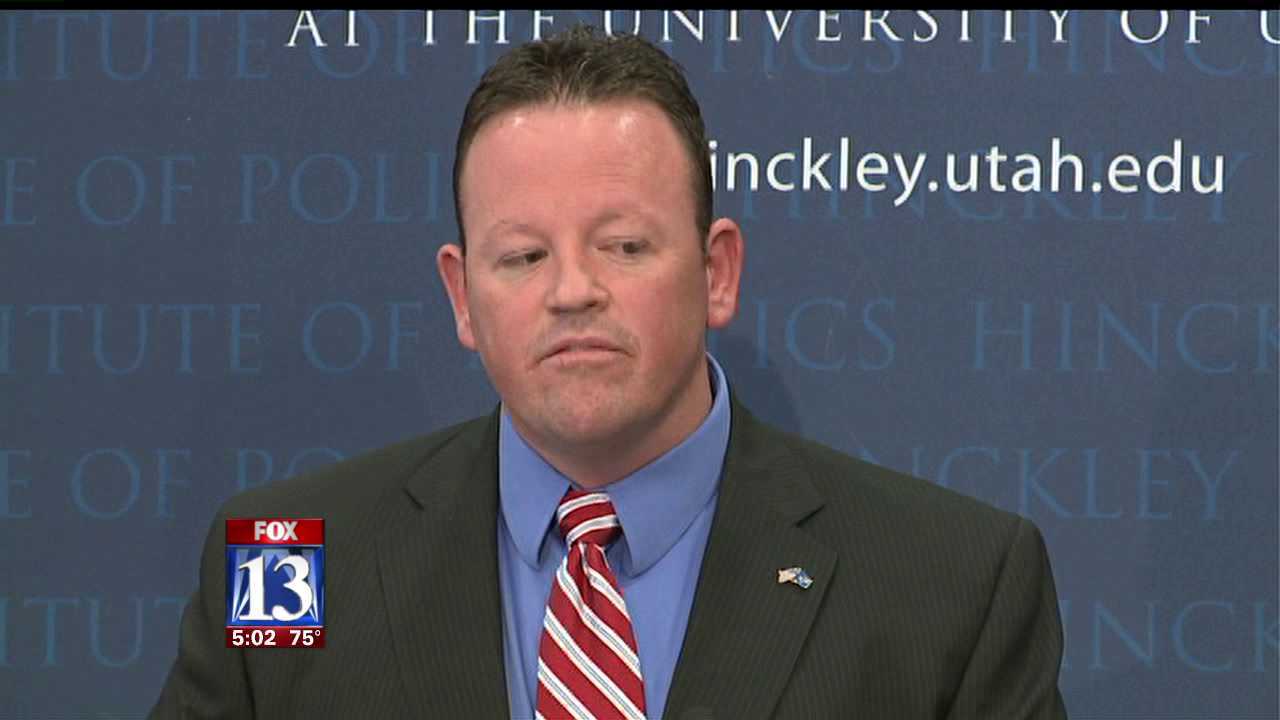 SALT LAKE CITY -- Former Utah lawmaker Carl Wimmer says he was told his job as the new Nevada Republican Party director was set, but the man who hired him apparently did not have the authority.

Wimmer says he was convinced that he had the job and went as far as announcing his new position on Facebook and Twitter as well as releasing a press release earlier this week.

Explaining his situation during a press conference at the University of Utah’s Hinkley Institute of Politics, Wimmer said he thought his job was secure given the correspondence with party officials telling him they were going to help him find housing next to the party’s headquarters in Las Vegas. He says he was also given his first assignment of tracking down a missing $15,000 donation.

But he says his job was not to be.

Wimmer says his first wake-up call came while he was driving to Las Vegas when a reporter alerted him the Nevada GOP party chairman saying he did not even know who he was.

“I had called him a half-dozen times leaving a detailed messages,” said Wimmer.

Wimmer never spoke to the GOP chairman and instead maintained communication with the party’s acting executive director, who he thought was keeping the chairman in the loop about his new position.

“If you read the by-laws, the person responsible for hiring is the executive director. He does that in coordination with the board,” explained Wimmer.

The chairman dug in his heels and refused to let Wimmer come on board. The stonewall actions ultimately caused Wimmer to throw in the towel.

“The problem is right now the Nevada GOP is in turmoil, they are non-functional,” Wimmer said.

Wimmer says he plans to continue working with his personal security consulting business.  He admitted in his press conference he does not really know if he has any political relevance in this state anymore.

Wimmer says he will continue to work hard to further the Republican agenda.