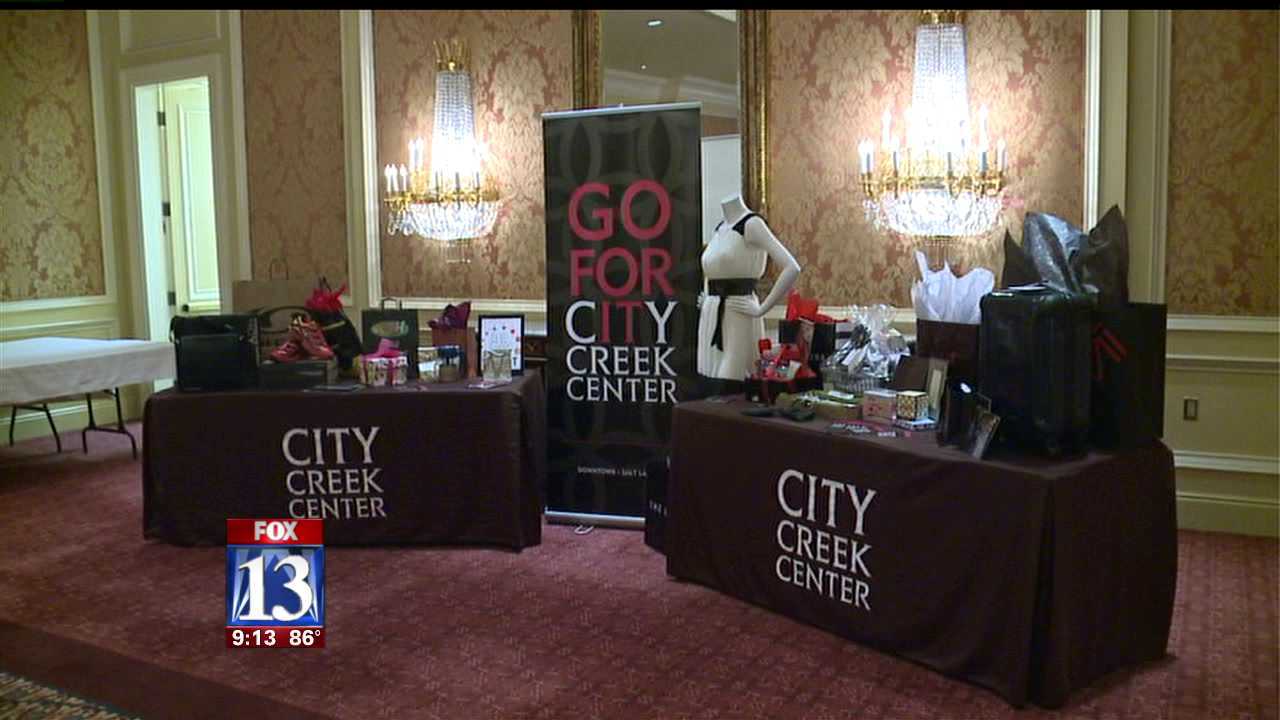 SALT LAKE CITY -- Leah Thomson is tired of the perception that the City Creek Center is not gay friendly.

Thompson is an employee at Bauer’s Fashion Eyewear in the City Creek Center who, along with other employees, is taking action to bring awareness.

“It really does bother me because there have been a few times when I’ve gone out and people are like, ‘yeah, I’ll never shop there cause of this or that,’” Thomson says.

An incident back in March may have brought about concerns when a young woman and her girlfriend were asked to leave City Creek Center after a security guard spotted them holding hands.

In the weeks that followed, rumors have swirled that the shopping center is intolerant of diversity.

City Creek management has insisted diversity is welcome. And this week the organizers of a fundraiser for the Human Rights Campaign reached out.

Fernando Noriega runs a website called thegayhotspot.com and helps to organize fundraisers like the one planned for the Grand America Hotel Saturday night. There, items from several stores in City Creek will be auctioned off for the Human Rights Campaign.

“For it all to happen in four days, dealing with all those corporate entities, I couldn't believe it happened that quickly,” said Noriega.

Noriega says he was surprised with the number of auction donors.

Thompson says she and other Bauer’s employees wanted to be a part of it.

“We heard about it a few days ago and we decided right away we wanted to get involved with it,” she says.

City Creek spokesman Dee Brewer says even some shop employees used their own personal money to help out.

“At The Limited, the employees themselves bought the dress, sent it with a mannequin as an auction item, because they didn't know if they could get approval from their corporate office in time,” said Brewer.

City Creek management chipped in too.

“City Creek Center is also doing a year of parking, free valet parking and a gift card to go with that,” said Brewer.

Management says their donation isn't in response to rumors, but instead because they had identified the Human Rights Campaign as a charity they were willing to work with before they opened.

“We share HRC's vision for America and Utah as a place where LGBT people can live safely and peacefully and feel comfortable wherever they go,” said Brewer.