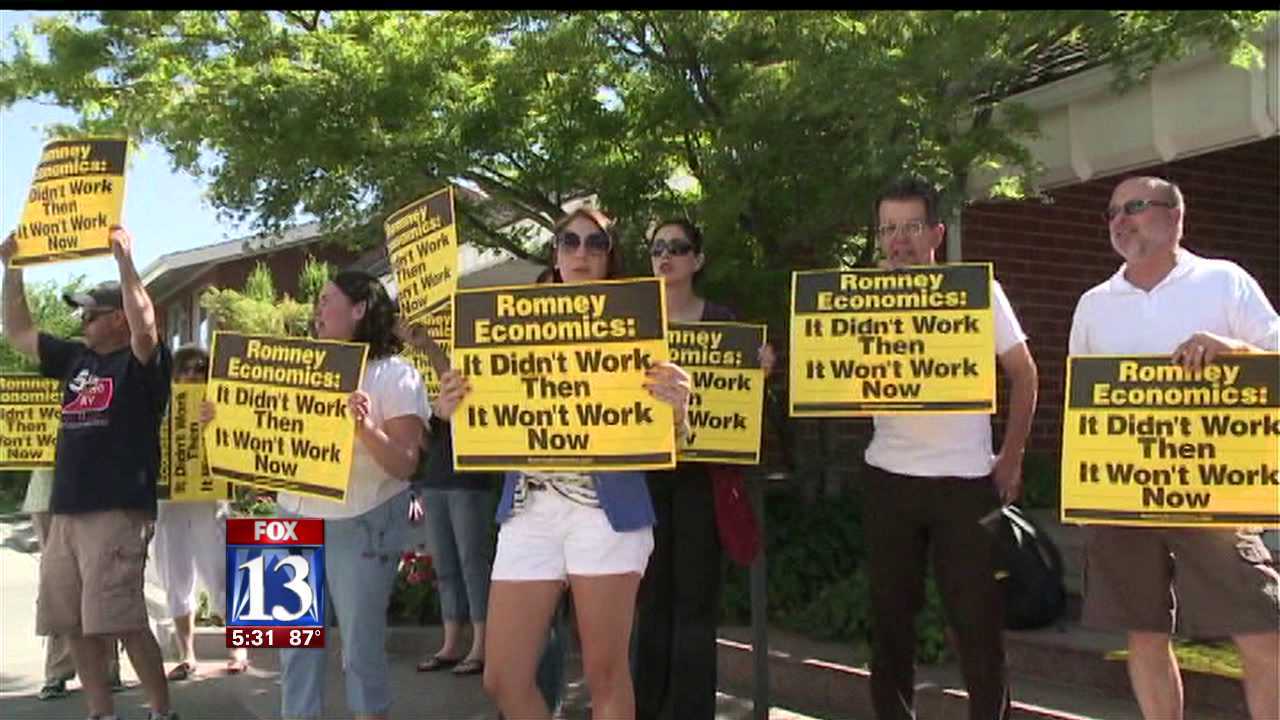 Private fundraisers for the Romney campaign were being held at the Grand America and his opponents were blasting his record outside the hotel, holding signs saying "Romney Economics: It didn't work then, it won't work now."

“Massachusetts was 47th out of 50 in job creation. Hundreds of thousands of people left Massachusetts because of the job situation because of his governorship,” says Utah Democratic Party member Wayne Holland.

Holland says Romney “bankrupted” many companies when he ran Bain Capital whereas Romney cites his time at the investment bank helped create jobs.

“We want to tell the story what Mitt Romney economics really looked like,” says Holland.

Romney is attending two private fundraisers at the Grand America Hotel. The first is a VIP reception for supporters who have donated more $10,000 to his campaign. The second reception is for people who have given more than $2,500.

The GOP presidential nominee will be going to the home of Scott Keller in Bountiful Friday evening for a private dinner. Keller is a real estate investor and the dinner is for Utah supporters who have helped raised more than $50,000 for Romney's campaign.

Romney did not want to talk to reporters when he arrived in Salt Lake City Friday afternoon, neither did Sen. Orrin Hatch who was at the airport to greet him.