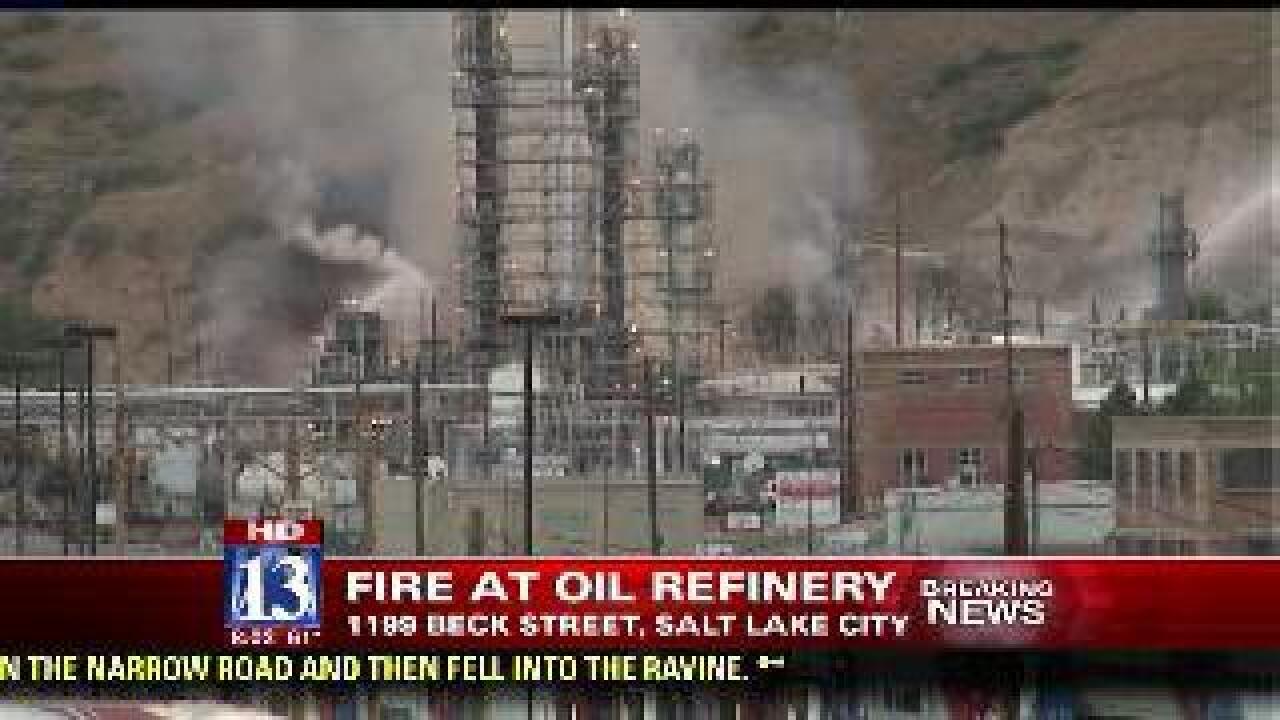 Witnesses reported hearing an explosion followed by towering flames. The fire was initially believed to be located at the Tesoro Corporation property, but fire crews quickly discovered that the blaze was located in a salvage yard just east of the refinery. Crews worked to prevent the fire from spreading to the refinery's property.

"They have a lot of fuel there and a lot of other things in the refinery that could cause a lot of problems for us," said Capt. Reed Stringham, Salt Lake City Fire Dept.

More than 50 firefighters were on the scene battling the 3-alarm fire, which burned two acres. A shed along with tires, wood piles, and wood pallets on the property have been destroyed.

Fire officials say a nearby business - The Garage on Beck - suffered some damages but is salvageable.

"The head crew man of the fire department said when he first saw it, there was no saving it. And they all worked feverishly to save the business first and it's still standing. We've got damage, but it's all salvageable," said Bob McCarthy, owner of The Garage on Beck.

No one was injured and the refinery suffered no damage.