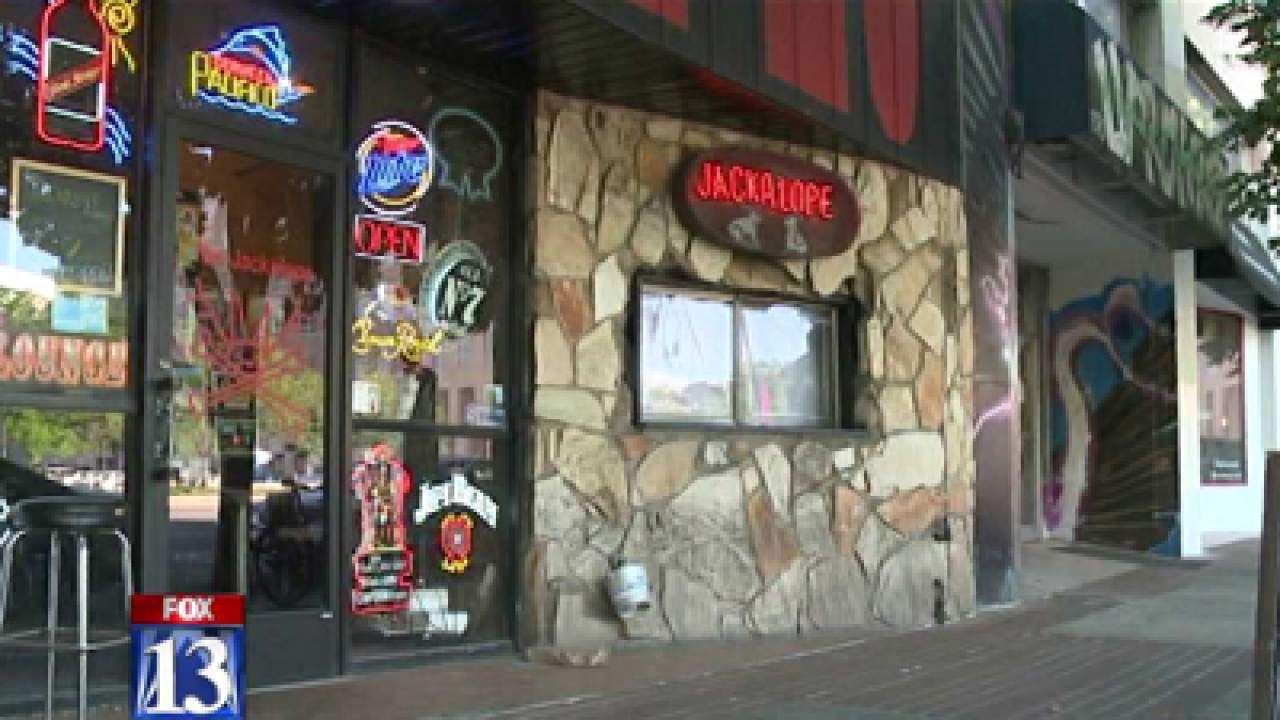 SALT LAKE CITY - A group of young adults say a relaxing night out on the town turned into an assault Friday night.

Ashley Szugye, Dale Rillon and three of their friends were enjoying a night out at a downtown bar near the corner of Exchange and State Street Friday night. Shortly after leaving the bar, they claim a group of at least a dozen men approached them and began a violent assault.

"One would run off and take a cheap shot, run into the crowd and get someone else and they'd do it," said  Szugye.

Szugye and Rillon say one of their friends was repeatedly sucker punched and another had six people stomping on his face. Szugye says she jumped on one friend to protect him, only to watch another get swarmed by the gang.

Rillon says he may have broken his hand in the battle as he fought with the men who were trying to assault his wife.

"They started kicking me and punching me, I got a knot in the back of my head, injuries to my arm, kicked me in my rib and face," he said.

Two of their friends were rushed to the hospital with serious injuries. One was treated for fractures to his face then released. The second reportedly remains hospitalized. Szugye suffered some bruises.

The victims claim the group consisted mainly of men who appeared to be of Middle Eastern descent. Police are investigating but don't have some of the follow-up reports yet.