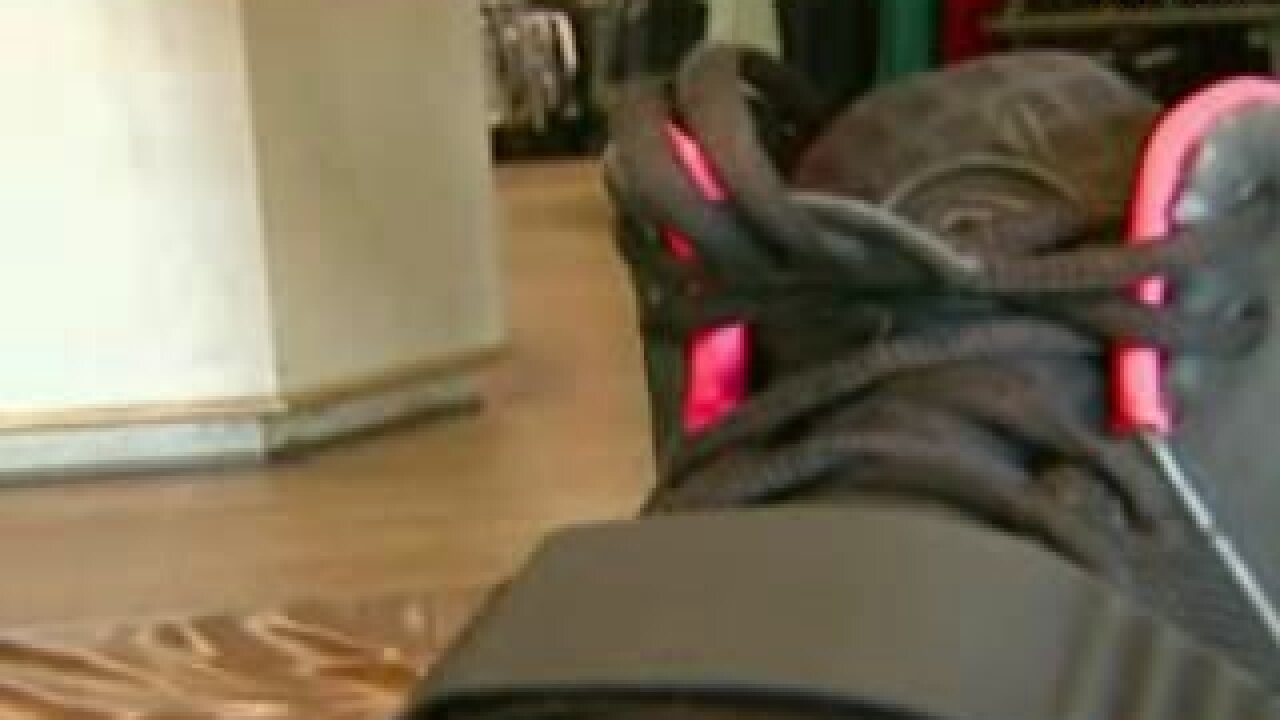 A seal pup was rescued from netting in the Pacific Ocean surf near Oregon.

State park rangers found the seal lying in the surf, entangled in netting on Friday. Officials were able to cut the netting off and release the animal back into the ocean.

A big crowd lined up in Washington, DC, to buy a pair of Kanye West's new sneakers.

The shoes, called the Nike Air Yeezy 2, sell for about $300 in stores, but online bids are soaring into the thousands.

San Diego college students climbed to the top of a dorm and dropped watermelons. They say it's a great way to relieve stress after finals.

An Oregon woman was found hiding in her boyfriend's suitcase.

Police say he would smuggle her in and out of his apartment in the suitcase so she could visit him without getting into trouble. The woman apparently got into trouble at his apartment complex and managers told her to stay away.

Residents noticed the man leaving and entering the apartment with a large pink suitcase and called police.

The woman was found in the suitcase and cited for trespassing.