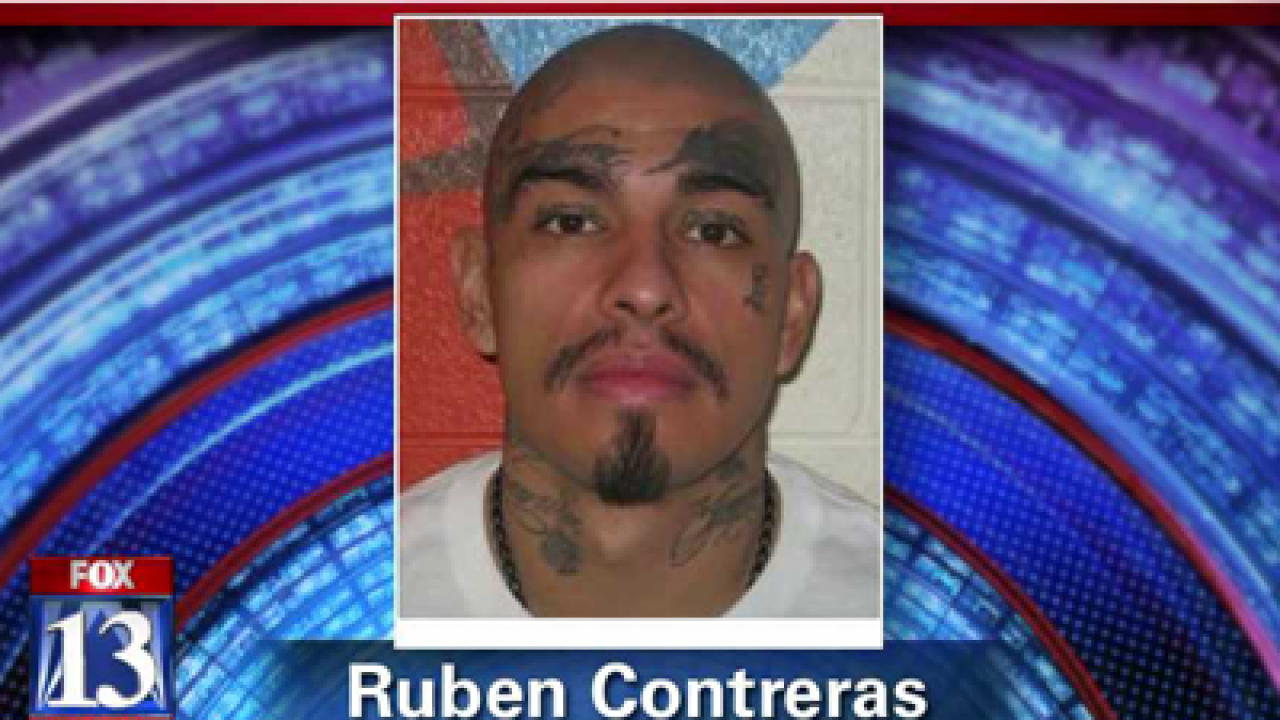 Ruben Contreras was picked up this week in Arizona. Investigators say he and Joe Medina are both longtime gang members who were involved in a drive-by shooting in March.

Medina and Contreras allegedly shot more than a dozen bullets into a neighborhood at 440 North and 1300 West in Salt Lake City on the night of March 23. Those bullets struck two homes and a vehicle in the alleged gang-related crime.

Police say one suspect got out of the suspect vehicle and fired a gun at a minivan that sent bullets into the vehicle and into homes where families were inside.

“The actions by these suspects were egregious, reckless and put a lot of people at harm,” said Salt Lake Police detective Mike Hamideh in March.

Medina was quickly named a person of interest in the case and declared Public Enemy Number One. He was arrested near Sacramento, Calif., in late April.

Police in Utah worked with US Marshals to catch Contreras in Arizona earlier this week.

Both Contreras and Medina are expected to face charges in connection with the drive-by shooting. Medina is also likely heading back to federal prison for violating the terms of supervised release.