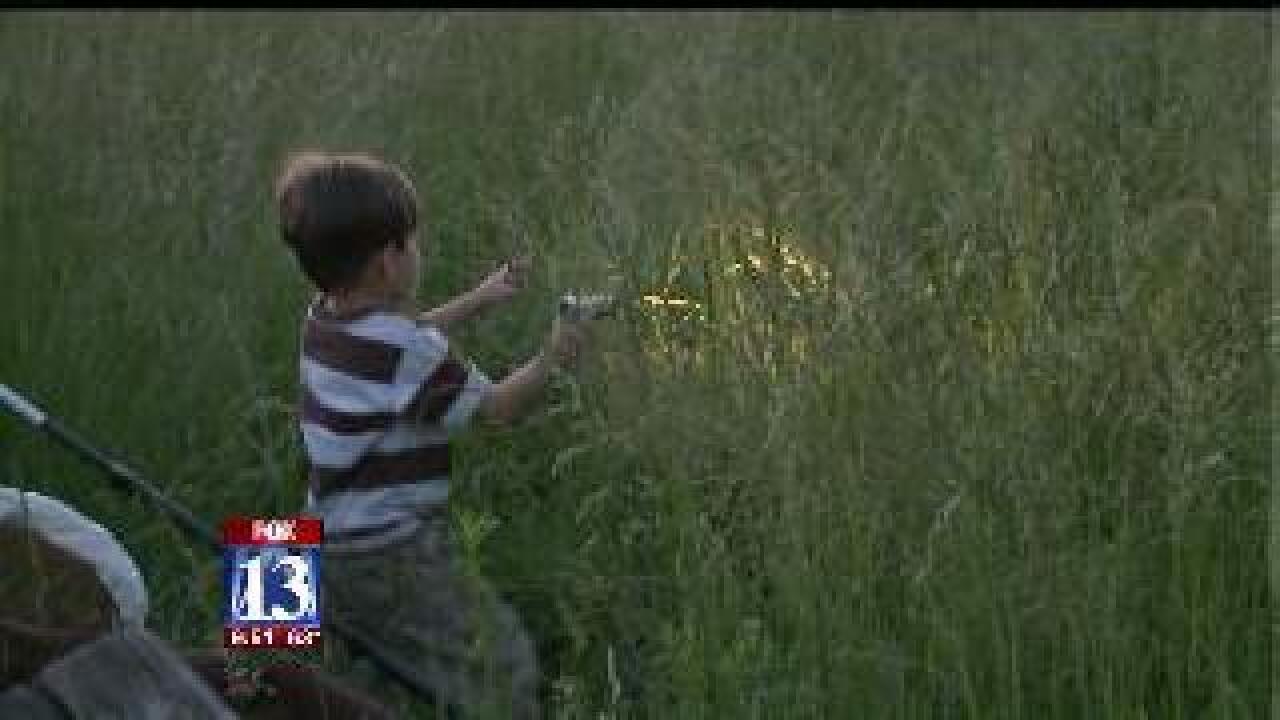 SPANISH FORK - Fireflies are rare here in Utah, but one Spanish Fork family found the bugs lighting up their backyard.

The lightning bugs are typically found in warm, humid climates and sightings in Utah are very rare, but the Nelson family in Spanish Fork has spotted small sparks of light in their field.

"All of a sudden you'll see sparks of light in the field," said Stacey Nelson. "The kids are running out there trying to catch them with their hands to take home to put in a bottle."

The Nelsons wanted to confirm the identity of their new tenants, so they solicited the help of their neighbor Mike Whiting, who is a professor of entomology at Brigham Young University. He says that the find is unusual.

"I've been collecting insects here for 30 years, I've only seen one specimen one time within Utah of a firefly that could actually flash, rather remarkable and bit unusual," said Whiting. "One of the mysteries is if this is an invasive species, where did it come from and when did it get here?"

Now the Nelsons are collecting samples to send to a specialist in Washington, DC. After that, they plan on doing genetic research at BYU.