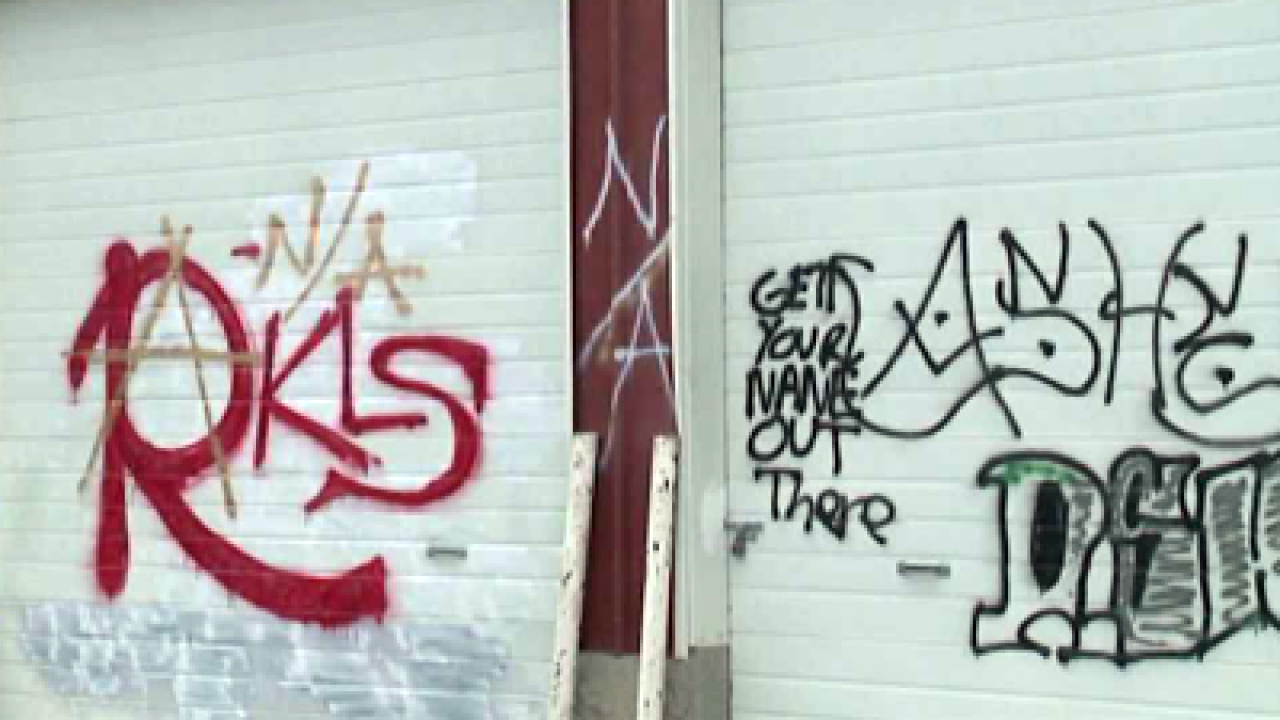 LOGAN, Utah - Police say a social media campaign may have prompted a vandalism spree in northern Utah. They say more than a dozen churches were tagged with graffiti this weekend.

There doesn't appear to be a specific target or message, leading police to believe this is just a random act of vandalism in Cache County. Symbols of anarchy, messages of "look for Rufio" and "night artists" began showing up on Saturday.

Nearly 15 different places were tagged, including a Shopko, an LDS church, numerous utility boxes and buildings and the Cache Valley Bible Church.

"It's obviously a senseless act, it has no purpose, has no reason," said Eldon Peterson, Pastor for the Cache Valley Bible Church.

Logan Police say other agencies contacted them last week about the possibility of increased vandalism as part of an online movement that encourages individuals to express themselves through graffiti art.

"There's an annual event called 'The Go Bombing Day,'" said Murray. "Organized tagging is expected to happen on that three-day event which is June 8th, 9th and 10th."

The Go Bombing Day website says the event is a way to start a tradition in street art, but it does say that they don't support anything illegal. But residents say the event is disrespectful.

"To me it doesn't matter what building it's on. I just think it's very disrespectful of people to do that and I don't know why anyone would ever want to do that," said Ali Teuscher, a Cache County resident.

Police say they're unsure whether the tagging spree is part of Go Bombing Day or just a random incident. Either way, taggers can be difficult to track down because they commit the crime and leave the scene.

Anyone who saw something unusual in North Logan or who knows about the spree is asked to contact Logan Police at 435-716-9300.