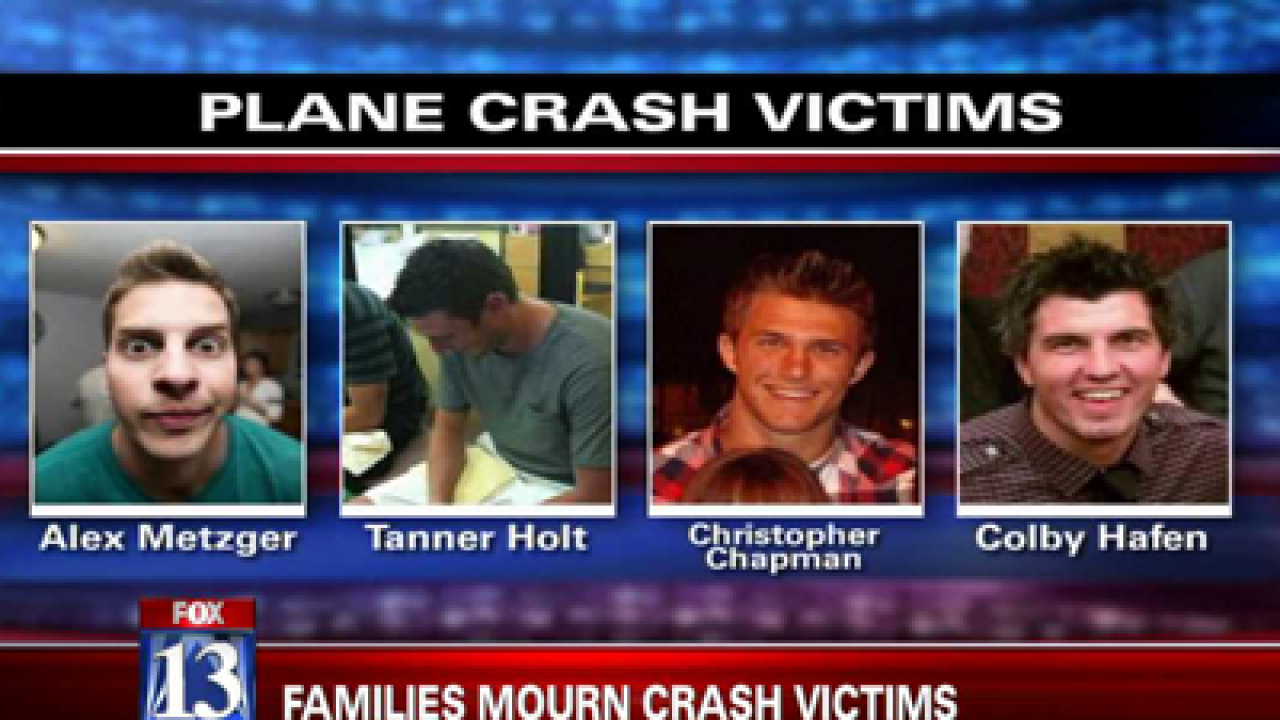 The NTSB’s preliminary report said the single-engine Cessna 172S was seen departing the St. George municipal airport about 1:20 a.m. on May 26.

“A review of the recorded security camera footage at the airport revealed that the airplane could be seen in the nighttime conditions by the blinking left-wing strobe light and the navigation light mounted on the tail. The airplane appeared to depart from runway 19 and maneuver at a low altitude for the length of the runway while increasing its airspeed,” the NTSB report said.

“Near the end of the runway, the airplane began a rapid ascent and continued out of the view of the camera. After about 7 seconds, the airplane reappears further down the frame in a rapid descent.”

The NTSB preliminary report said the wreckage was found about 525 feet from the edge of the runway at the St. George Airport. It was “inverted.”

“The first identified point of impact was a ground scar impression about 40 feet from the main wreckage that dimensionally and geometrically resembled the wings with a crater-like impression in between,” the report said. “Embedded in the center crater was a portion of a propeller blade and the nose wheel. In the debris field from the ground scar to the main wreckage was the oil sump, the propeller, and engine accessories.”

There was no unusual weather, the NTSB report said, and the men did not file a flight plan. The report indicated they were flying from St. George to Mesquite, Nev.

The NTSB could take up to a year to complete its investigation into the plane crash in an effort to determine what caused it. The full board would then vote on the findings.