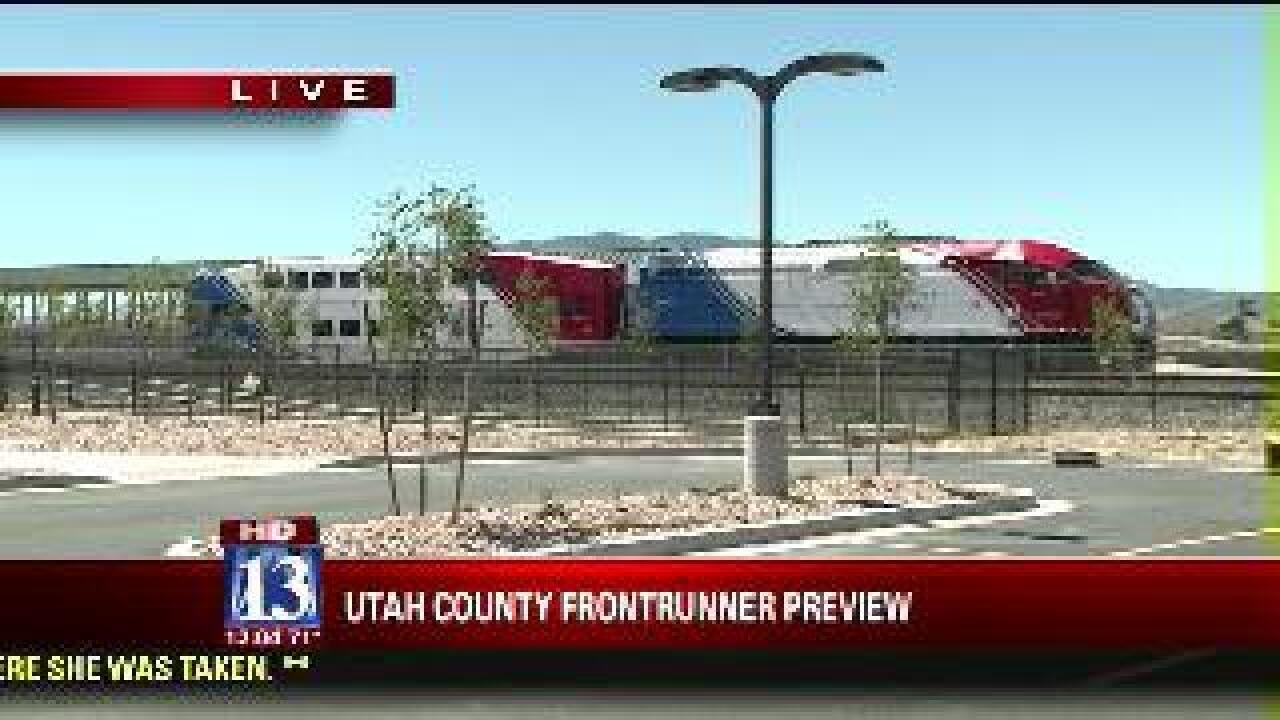 LEHI, Utah -- The first FrontRunner train arrives at a Lehi station in Utah County on Monday as testing begins on the new rail line.

The extension will run 45 miles, connecting downtown Provo to already existing lines at Salt Lake Central Station. Passengers will be able to take the FrontRunner system from Weber County to Provo once everything is up and running.

The train is not yet ready for passengers. The Utah Transit Authority (UTA) will be testing the system for last several months before the line opens on December 10.

During the testing phase, the train will reach speeds up to 79 miles per hour. They are testing to make sure the train can communicate with all the stations, crossing signals and arms, as well as track switches.

Goeres said residents in Utah County need to be aware of the increased activity and follow precautions near the tracks.

"This rail line that has been built for four years is now active. From this point forward, there will be trains on this track. So people need to get used to the trains. They need to be aware of the safety precautions and adhere to all the safety rules," Goeres said.