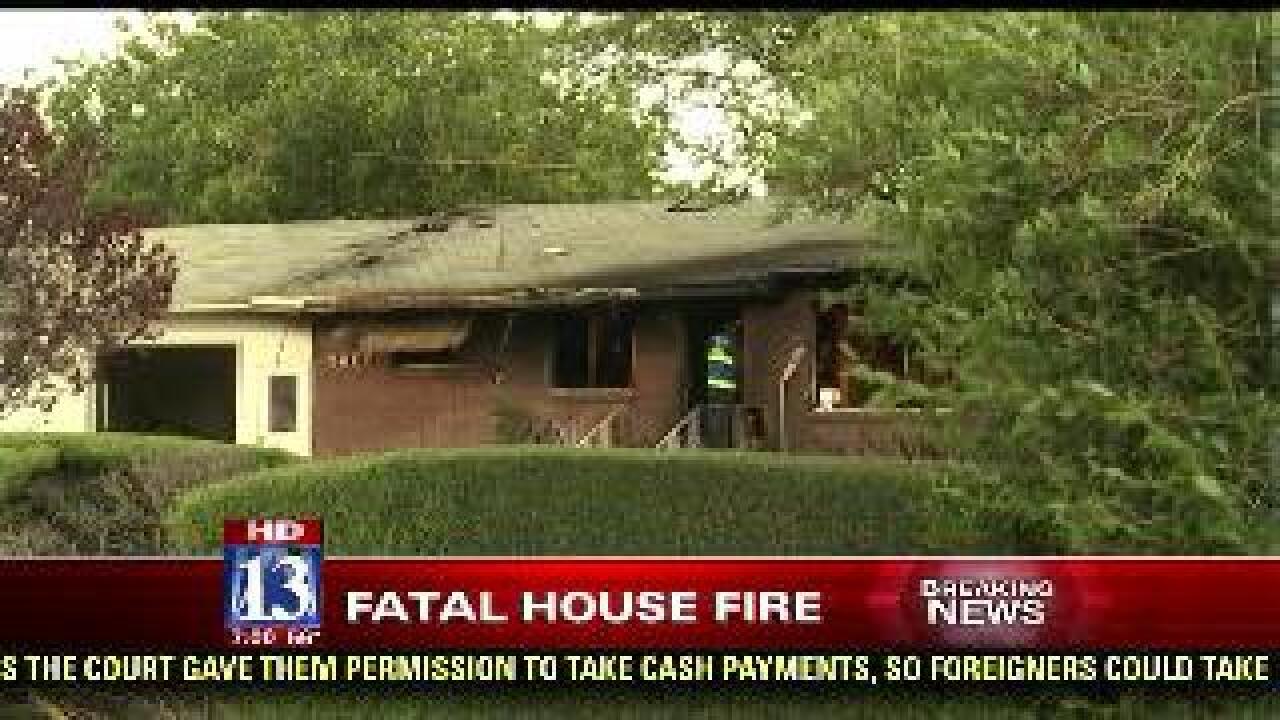 The fire broke out at a home near 2300 East Canyon Road in Spanish Fork at around 1:30 a.m. Tuesday. Investigators said the fire may have started as the result of an overloaded power strip.

Inside the home were 87-year-old Betty Hone and her 2-year-old great-grandson. Police identified the boy as Austin James Peterson. Officials said he died from smoke inhalation.

Hone is blind and was not able to make her way to the boy. She just managed to make it out ahead of the fast-moving fire.

A neighbor, Alice Hughes, said she saw Hone telling firefighters over and over again that her grandson was inside.

"She had a lot of precious things inside and the most precious was her little grandson," said Hughes. "She was blind and couldn't go get him. It just breaks my heart, because I know she would have gone and gotten him if she could have."

When emergency crews arrived, the home was too engulfed in flames to save the boy. Fire officials said the boy died from smoke inhalation.

"It really does break your heart," said Lt. Steve Adams, Spanish Fork Police. "I know this family personally and she is a good mother, a good grandmother. She has done a lot for her own family as well as taking in her granddaughter."

The boy's mother came home to find fire trucks in the driveway and she tried to fight her way inside, but firefighters had to hold her back.

The house is completely gutted and the first floor has collapsed into the basement. The fire is believed to have started in the basement.