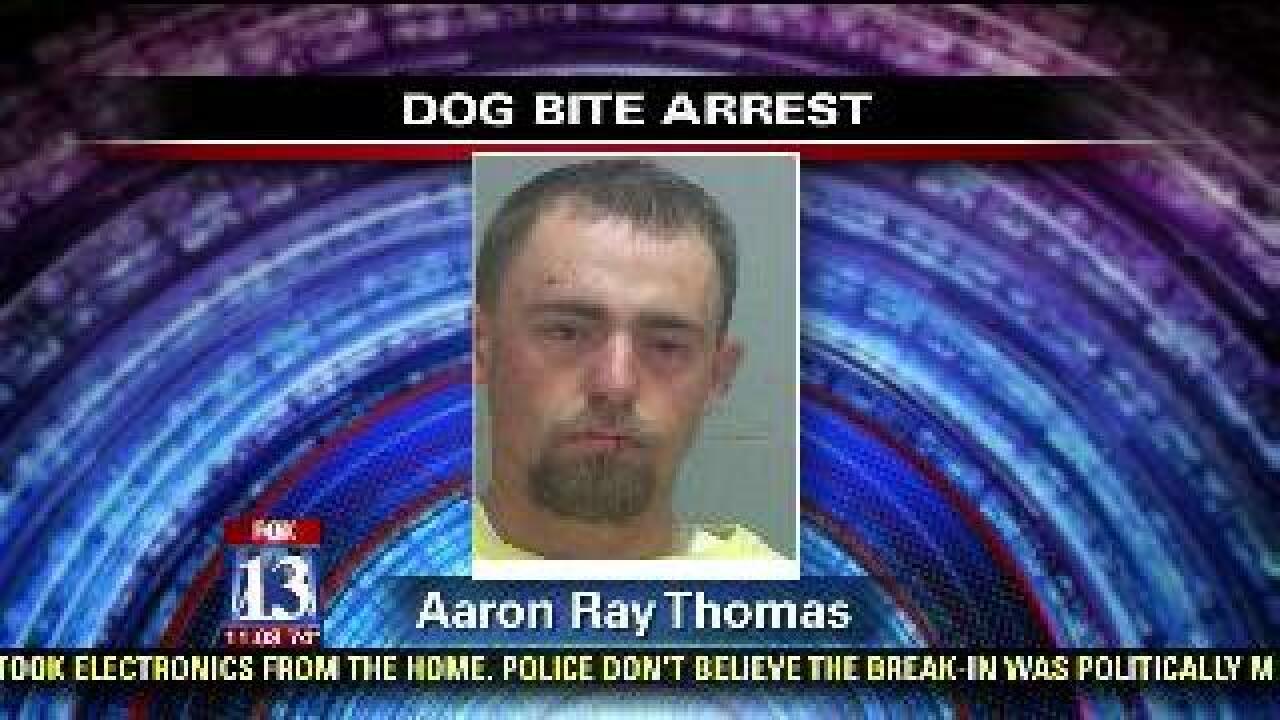 SALT LAKE CITY -- Salt Lake Police arrested the man who allegedly had his pit pull attack an officer during a pursuit Monday morning.

A FOX 13 News tipster believed he spotted the suspect sitting on a bus bench on Foothill Drive and called 911, officials said.

Officers arrived with a K-9 team and Aaron Ray Thomas was arrested just before 9 p.m. on Monday without incident.

This is the second time in less than a month Thomas has been in jail due to his pit bull allegedly attacking someone.

On May 15, Thomas was arrested after he allegedly ordered his pit bull to attack a man in a motorized wheelchair.

The two had been involved in an argument and Thomas claimed the victim tried to run him over with his wheelchair.