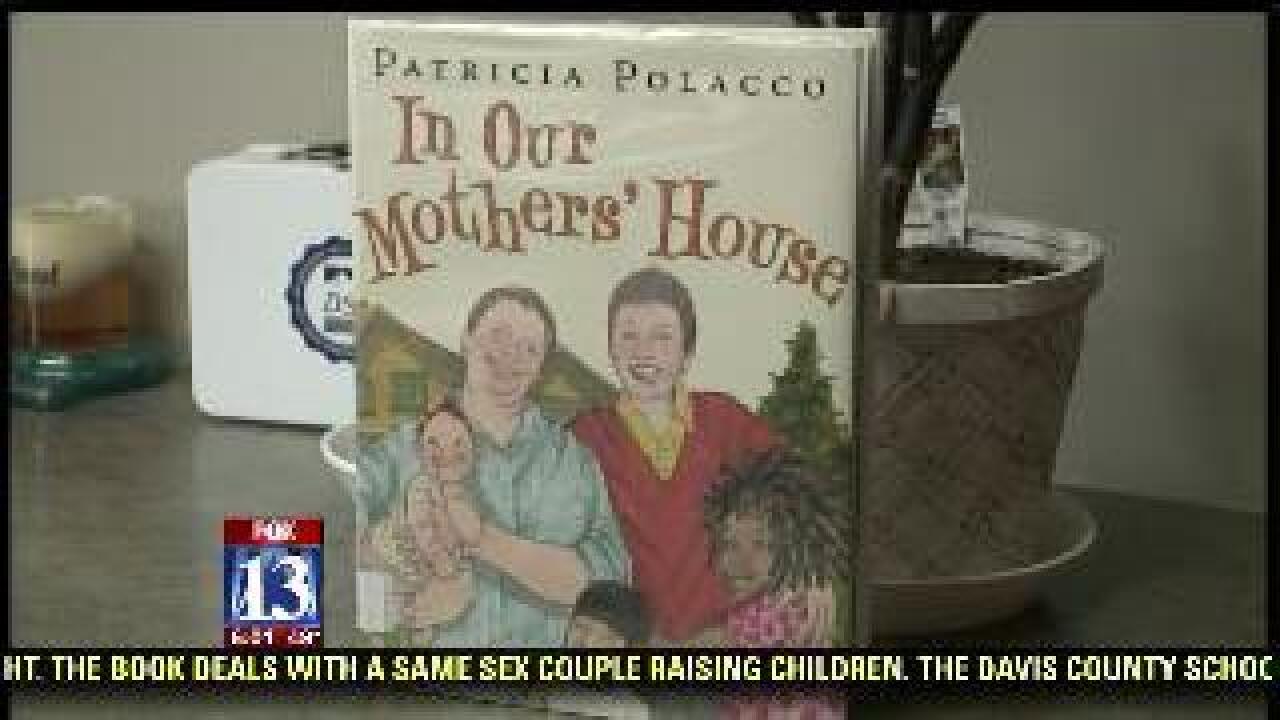 FARMINGTON — The American Civil Liberties Union of Utah has fired off a letter to the Davis School District, seeking to intervene in the controversy surrounding an elementary school that pulled a book about lesbian parents from its shelves.

The district removed “Our Mothers’ House” by Patricia Polacco from the shelves at Windridge Elementary after a group of parents signed a petition demanding it be banned. It is only available now via a permission slip from parents. The Davis School District claims the book, about children raised with two mothers, may run afoul of Utah sex education laws which prohibit advocacy of homosexuality.

The decision to pull the book from school shelves has led to public outcry. On Tuesday, the ACLU of Utah sent a letter to Davis School District Superintendent Byran Bowles seeking a meeting over “constitutional implications.”

“Federal courts have consistently concluded that the First Amendment protects student access to books in their school libraries, free from limits based on the administration’s disagreement with the viewpoints expressed in the books,” John Mejia, Legal Director of the ACLU of Utah said in a statement to FOX 13.  “From what we know of the district’s removal of the book, we have serious concerns that the district may have fallen short of these protections.”
The ACLU’s letter cites First Amendment law, noting that “Our Mothers’ House” is not part of the school district’s sex ed curriculum and “it would be a stretch to say that it ‘advocates homosexuality.’ “
“In any event, even if this statute were to apply to this book, we believe that the constitutionality of a statute barring a specific viewpoint from schools, especially in such a generalized way, is highly suspect,” the letter said.
Copyright 2020 Scripps Media, Inc. All rights reserved. This material may not be published, broadcast, rewritten, or redistributed.