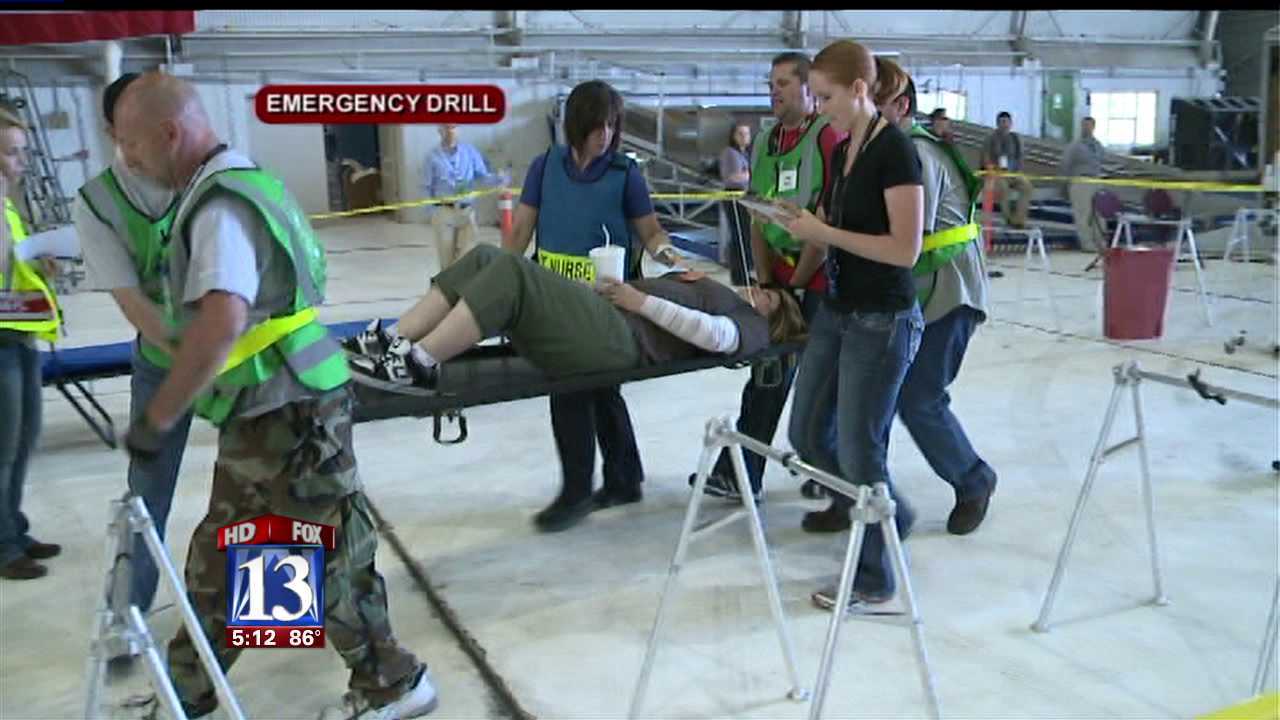 The drill called "Wasatch Reception 2012" was conducted with the National Disaster Medical System Program. Salt Lake City is the designated key location for people to gather.

"The main purpose of our exercise is to be able to track that patient whether it's a person, animal, a child," said emergency management coordinator Jim Stritikus. "From the time they get off of the airplane here at the airport until the time they are received at the hospital."

Emergency crews say they want to educate the public on the emergency response system and what to expect in the even of a real mass medical emergency.