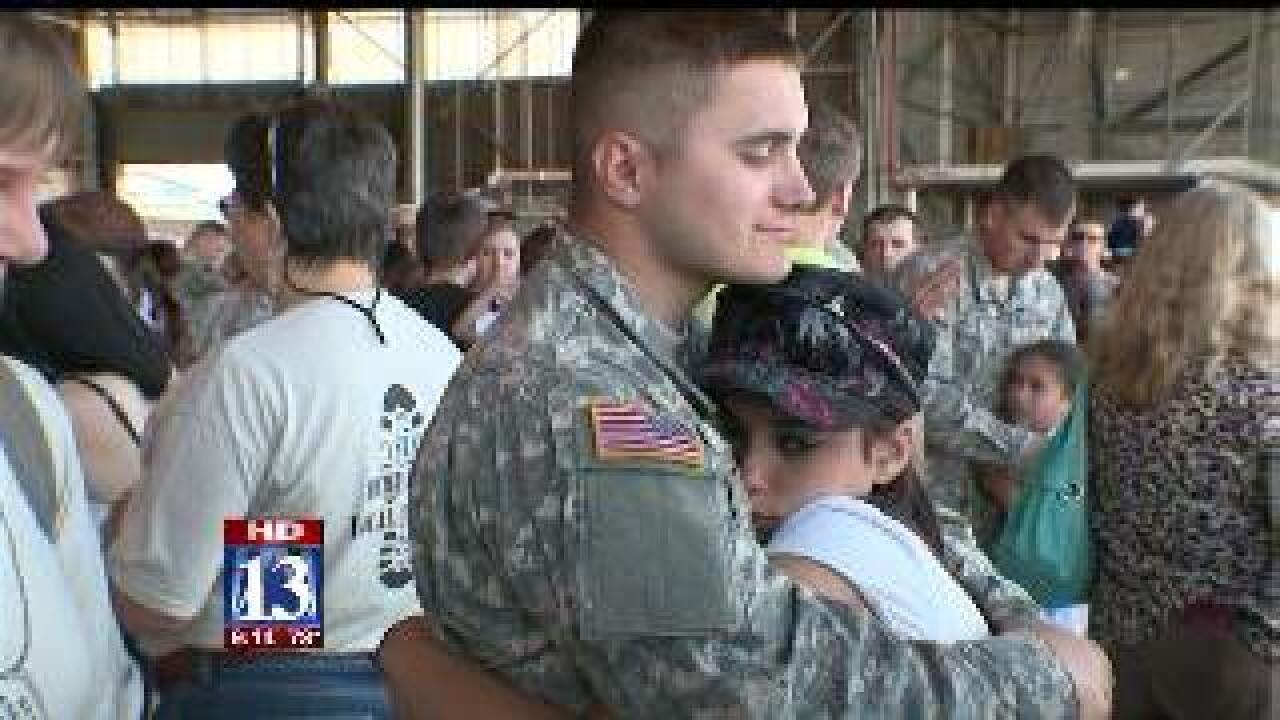 The guard unit is part of a specialized group tasked with constructing buildings in area around Afghanistan.

This is the first time the entire company has been deployed together and they are expected to be gone for about a year.

"I keep telling them it is going to be a good opportunity for us to learn as a family and to grow as a family," said Thomas McKenna, 624th Engineering Company, about leaving his family.

On Tuesday, residents in Price held a parade in honor of the members of the 624th Engineer Company being deployed.

“It’s tough. I mean, I’m excited to go and do my part for the country, but at the same time I’ve got family members, my little boy. It’s tough to leave, tough to leave my family,” says Sgt. Brock Hammer.

Price officials wanted to make sure soldiers knew they support their service and pledge to take care of their families while they're away. Fundraisers have already brought in $25,000.

"Most of these soldiers step down from a higher paying job to go serve our country so there will be some deficiencies and there'll be some needs and we want to be able to support that financially,” said Price Mayor Joe Piccolo.

The parade was short, but the message heartfelt.

"It touches your heart a lot especially when you've got family members and you watch the kids set up their dad's support,” says resident Robby Donaldson. “And kind of seeing a tear in their eyes, it kind of makes you wonder about life and how important it is we have our freedom."