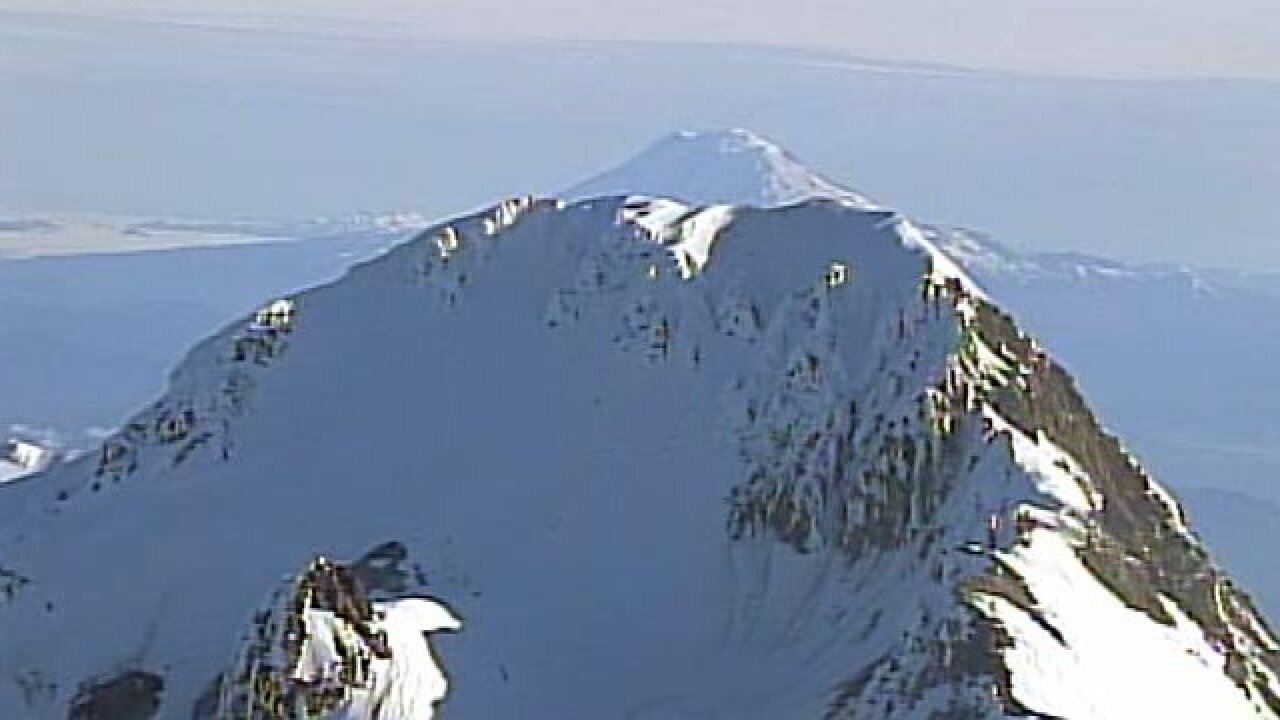 Portland, OR (KPTV) — A Mount Hood climber who fell and slid 1,000 feet into a gully west of Hogsback Ridge died of his injuries Thursday morning.

Witnesses called 911 at about 5:15 a.m. after seeing the adult male climber fall at the 10,000-foot level. The climber was on a solo expedition on the mountain.

Search and rescue crews headed up the mountain, and a group of six reached the climber mid-morning. They’re now trying to determine the best way to remove the body. An airlift is being considered.

Authorities said there’s a large debris field surrounding the body and that search teams have been unable to confirm the climber’s identity.

Rachel Heiken and Nick Foster, both of Portland, climbed the mountain Thursday. They came upon some climbers who witnessed the fall and described to them what happened.

“He was apparently out of control, couldn’t stop himself or self-arrest and they were really spooked,” Heiken said.

“They said that he had ‘yard-sailed’ all of his stuff. His stuff was everywhere, like he went end-over-end,” Foster said.

Dozens of climbers were on Mount Hood on Thursday morning, and the fall happened at the 10,000-foot level on a popular route to the summit of the mountain.

“Any time you fall from that kind of distance, regardless of what you’re falling in, the risk of injury is very high,” said Clackamas County Sheriff’s Office Sgt. Adam Phillips. “Falls on (Mount Hood) are common. Injuries related to falls are one of the risks you take when you climb on Mount Hood.”

Climbers on the mountain acknowledged the inherent danger in reaching the summit of Mount Hood.

Weather conditions initially were good for a rescue, said Mark Morford of Portland Mountain Rescue. However, deputies said it’s still very icy and slippery on the mountain, and that there’s a risk of falling rock, making for a dangerous recovery mission.