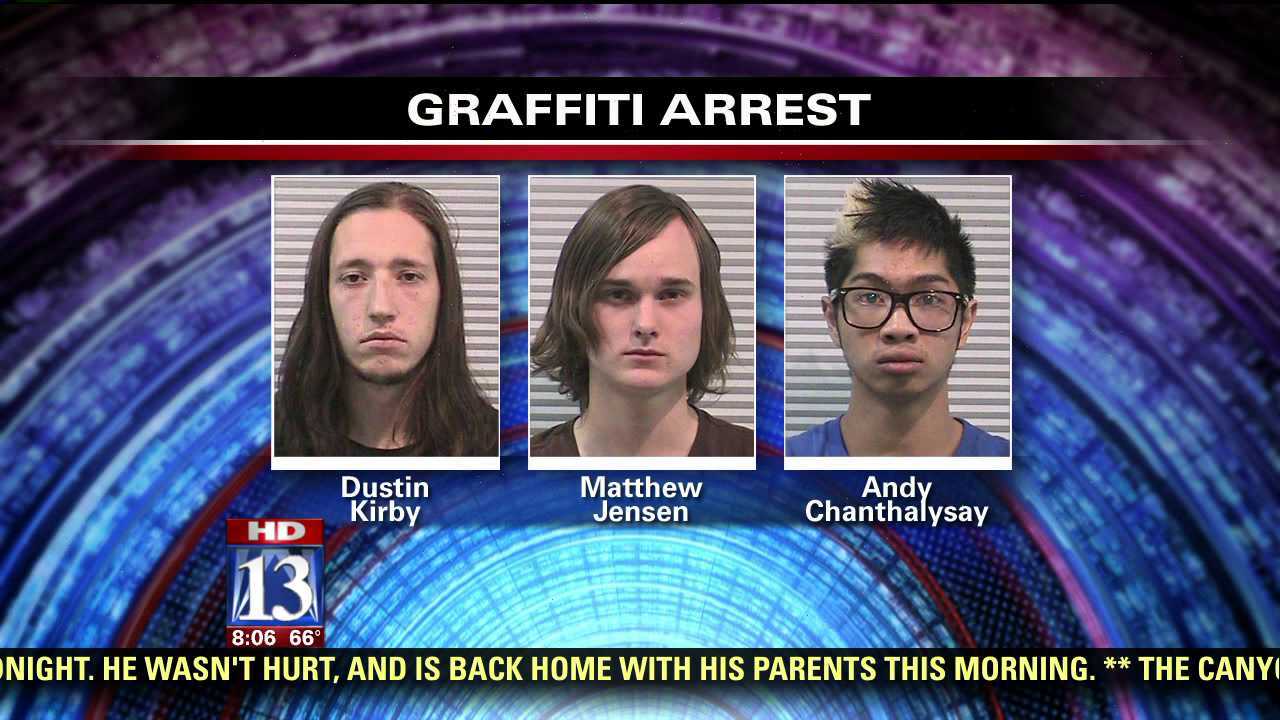 LOGAN, Utah — Police arrested four people in connection with a string of graffiti tagging incidents in the Cache Valley area.

All the defendants face numerous criminal charges, including felony and misdemeanor counts.

Over the weekend, police responded to more than 12 graffiti calls in the area, many of them involving churches.

The investigation is still ongoing as attempts are made to identify the victims for appropriate restitution, according to Logan Police.