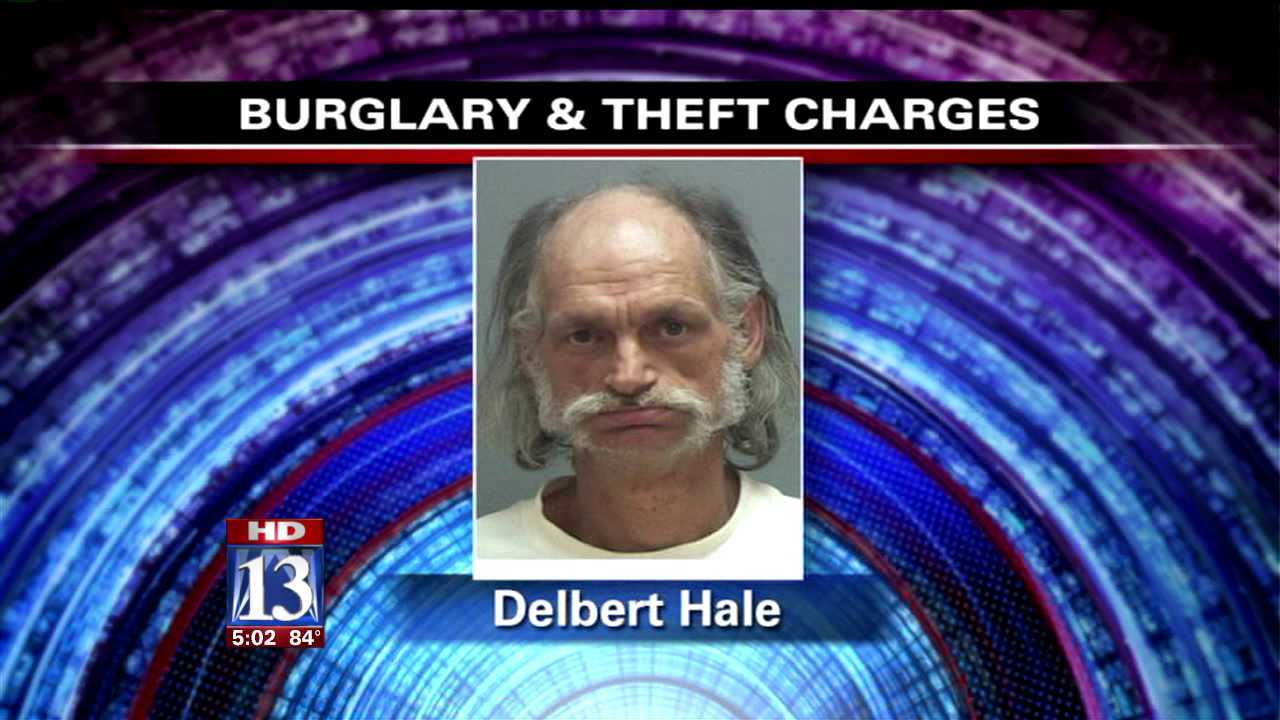 SALT LAKE CITY -- Police arrested two men on Thursday after a neighbor accused one of them of entering his home, stealing property, and later trying to sell some of the items in a garage sale down the street.

Court documents say Darell Herzet told his friend, Delbert Hale, his neighbors down the street had left town. Police say Hale then later broke into the home and took TVs, clocks, speakers and Avon products. Those items were later on display at a garage sale at the Herzet residence.

When the victim came home and suspected Herzet took his property, he called police.

Debbie Herzet was home Wednesday evening when she says police came looking for her husband.

“They came to the door said they had a warrant for his arrest that they filed on him, said Debbie. “They handcuffed him and took him to jail.”

She says earlier they put some items out for a yard sale and that later Hale came over with his own items.

"His friend came over and said he had some stuff for the yard sale and he was going to put it out, and he left," says Debbie. "And they [police] found the stuff in my garage."

Debbie claims that Hale brought all items police believe to be stolen.

"There found some things in here that belonged to the neighbors, but my husband didn't bring them, Delbert brought them," said Debbie.

Both Herzet and Hale were arrested and booked into jail. They are facing second-degree felony theft and burglary charges.