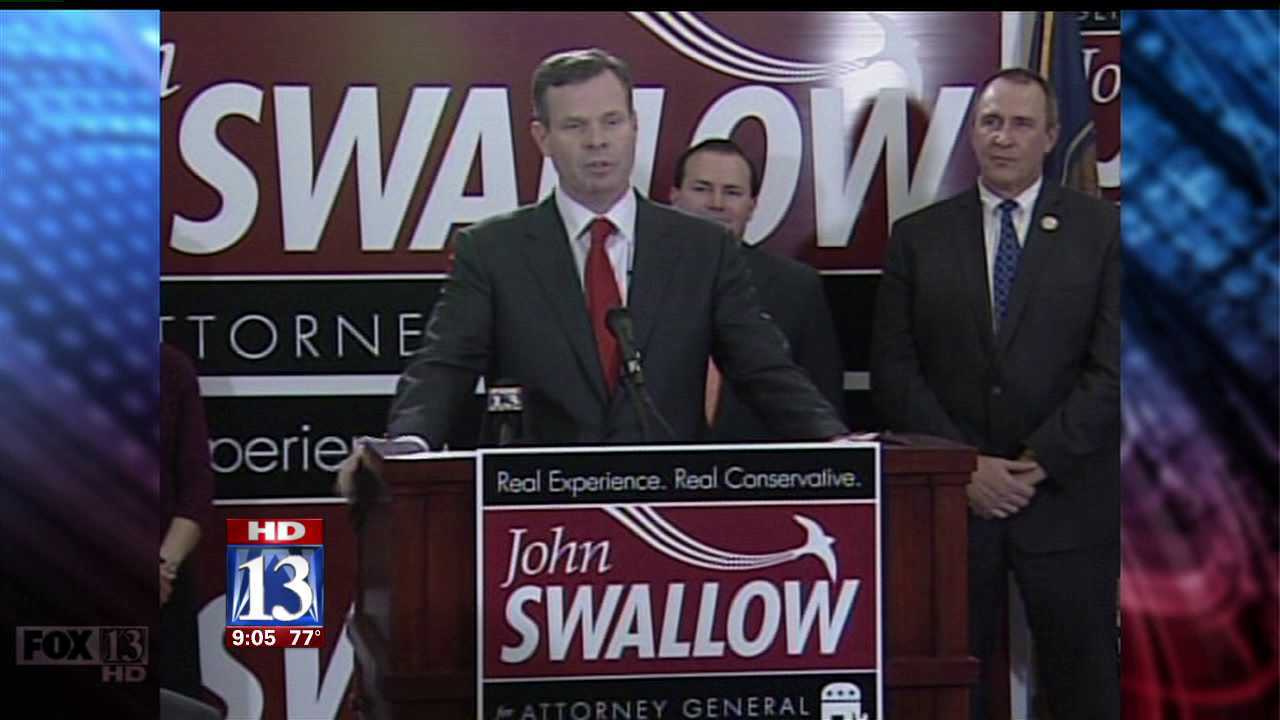 SALT LAKE CITY -- A dispute over a county vehicle emissions contract led to the Salt Lake County District Attorney's office calling in the Federal Bureau of Investigation to look into the actions of the Utah State Attorney General, and now the whole situation has become a political hot potato embroiling both offices and John Swallow, candidate for Utah Attorney General.

The FBI investigation is not public information and no one has been charged with any wrongdoing in the events which took place in March and April of 2011.

So, why the sudden attention to a year-old investigation?

A political action committee called Ute PAC run by Utah Democrat Dimitri Moumolidis is sending 16,000 flyers to what they estimate are homes of 30,000 Republican voters. The flyer says the Swallow was the "subject" of the FBI investigation with a financial interest in World Wide Environmental Products.

The spokesman of the Attorney General's office, Paul Murphy, defended Swallow: "We did everything we possibly could to help Salt Lake County investigate a complaint ... and for that some idiot with a copying machine is making an accusation that is absolutely false."

Moumolidis insists he has strong sources and a legal team has evaluated all the statements Ute PAC made in the flyer.

"I feel one hundred percent comfortable with all of the contacts I have with the county state and federal government right now, and I feel that I am doing the right thing," Moumolidis said.

The first strand of the tangled web emerged when Salt Lake County reconsidered its bidding process for a company to perform emissions inspections. World Wide Environmental Products won the original bid, but Salt Lake City said they did not comply with their new bidding requirements.

In a lengthy complaint provided to Fox 13 by the Attorney General's office, World Wide suggested the county broke its own contracting rules and did not perform enough research to award the bid.

According to emails also provided by the Attorney General's office, World Wide also suggested members of the county council improperly influenced the process. One email from Assistant Salt Lake District Attorney Tyke Tsakalos referring to, "...claims that one our councilmen influenced one of the members of the [request for proposal] consultant's committee.

Fox 13 has filed a Government Records and Management Act request with the District Attorney's office.The office tells Fox 13 they will not grant an interview until that request is fulfilled.