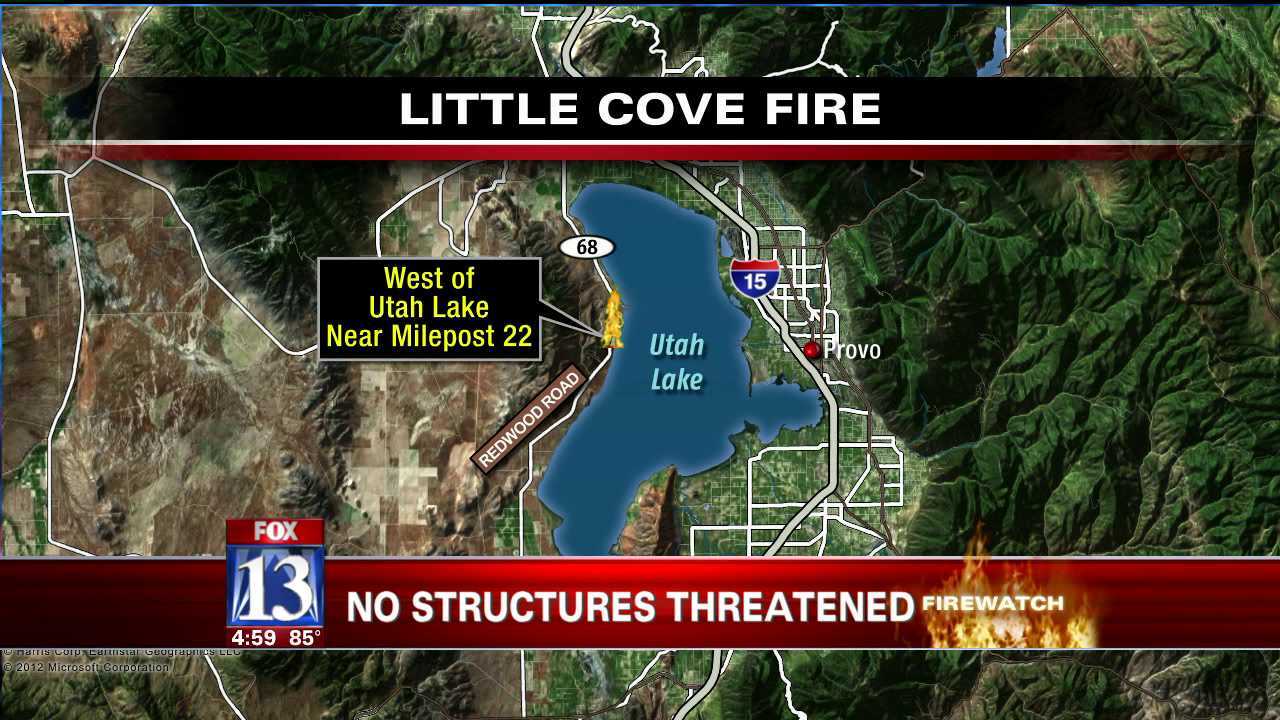 UTAH COUNTY - Crews that were battling a fire west of Utah Lake Friday afternoon have fully contained the blaze.

Utah fire officials say that the 322-acre Little Cove wildfire was burning about five miles south of Saratoga Springs. They say it was sparked by target shooters at around 2:30 p.m.

Five individuals were cited by the Utah County sheriffs for starting the blaze. They were allegedly firing rounds at exploding targets.

The individuals responsible were issued six citations, which include Class B misdemeanors, up to a $1000 fine, and/or six months in jail.

Civil charges and additional criminal charges may also occur because the incident is still under investigation.

SR-68 (Redwood Road) was closed between mileposts 13 and 22, but has since been reopened.

Winds were proving to be difficult for firefighters with 15-22 mph gusts that pushed the fire along. However, after crews built a fire line around the blaze they were able to get a handle and douse the flames by about 8 p.m.

Eight engine crews were on the ground while a helicopter dropped fire retardant to suppress the fire. No injuries or structures were damaged.