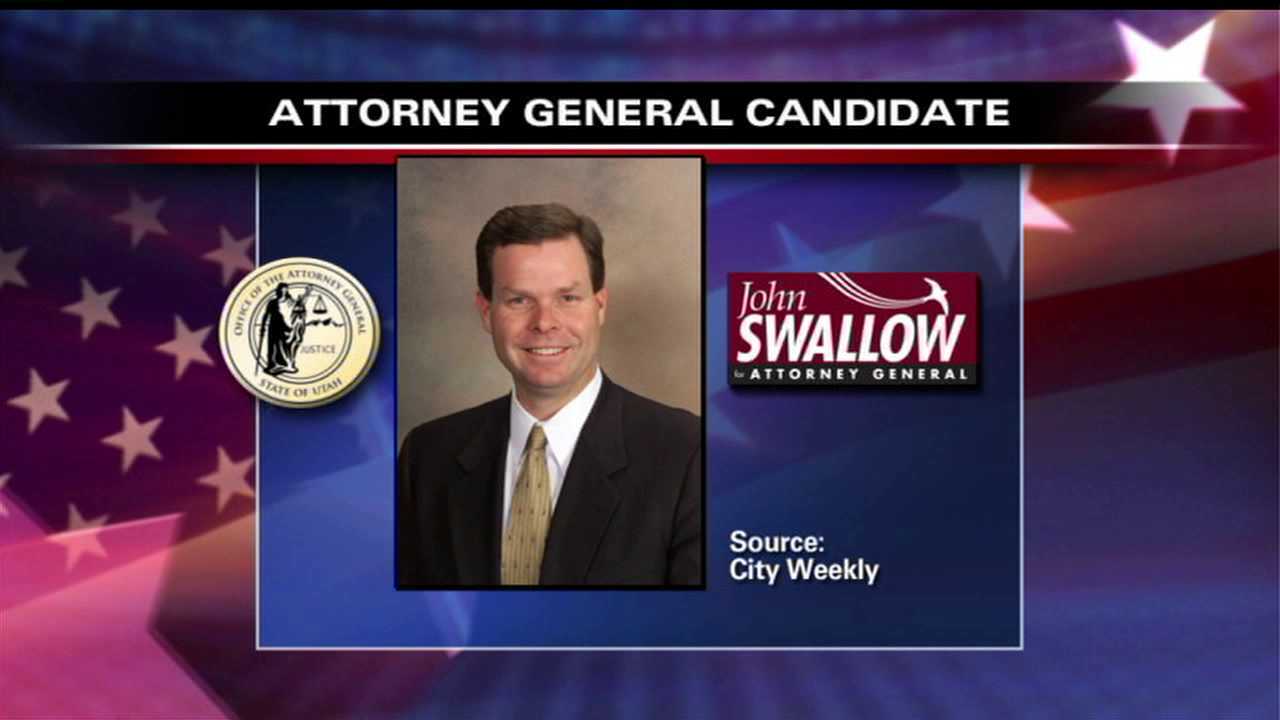 SALT LAKE CITY -- Salt Lake County District Attorney Sim Gill says he wants nothing to do with a political dispute, but he agreed to sit down with Fox 13 to explain an action that has become a part of the race for Utah Attorney General, specifically raising questions about Republican candidate John Swallow.

Gill is responding to a revelation from a democrat-leaning political action committee called Ute PAC.

Gill called the FBI when he felt the Attorney General's office stepped into county business when it had no right to do so.

The issue was a multi-million dollar contract for overseeing emissions in Salt Lake County. A company called Worldwide Environmental Products cried foul when they lost the bid, claiming the process was flawed.

When the county rejected their protest, Worldwide took it to the Attorney General’s office. At the time, Chief Deputy Attorney General John Swallow was running the office as Attorney General Mark Shurtleff underwent medical treatment.
It was under Swallows direction that an assistant attorney general called the county.

Deputy DA Craig Anderson said he'd never gotten such a call in his 35 year career: "In my experience, my personal experience, I've never seen the Attorney General's office get involved with a county contract."

"I said, ‘what was the Attorney General's interest in a county contract?’ and I was told, and it was clear to me, that the anti-trust division would investigate if we didn't give them a hearing,” said Tsakalos.

They took their concerns to District Attorney Sim Gill.

"When they came and talked to me, there was no question in their mind how it was taken, which was basically ‘you do what we ask you to do and if you don't, you're going to be investigated,’” said Gill. “Well you don't get to do that and come down and make those kind of accusations, certainly not with Salt Lake County and think we're not going to address that issue."

Gill said a call to the FBI was a serious, but clear, decision to get an outside agency to investigate the Attorney General's office actions as well as allegations against the county.

The Attorney General's office spokesman Paul Murphy says they did nothing wrong and they're perplexed at the way the county took the call from their attorney:  "He was simply stating the fact that we received a complaint that if Salt Lake County doesn't take care of this complaint, then by default we would look into it and if there were criminal allegations, we would look into it. We have an obligation to do so."

The FBI has not released the results of their investigation, and so far no legal charges have been filed from any of the parties involved.

Asked how the actions of the Attorney General's office reflected on John Swallow's leadership, Gill declined to criticize, saying, "Mr. Swallow is a fine man. The attorney general's office is an institution that's a fine institution. What I'm talking about is a very specific incident."