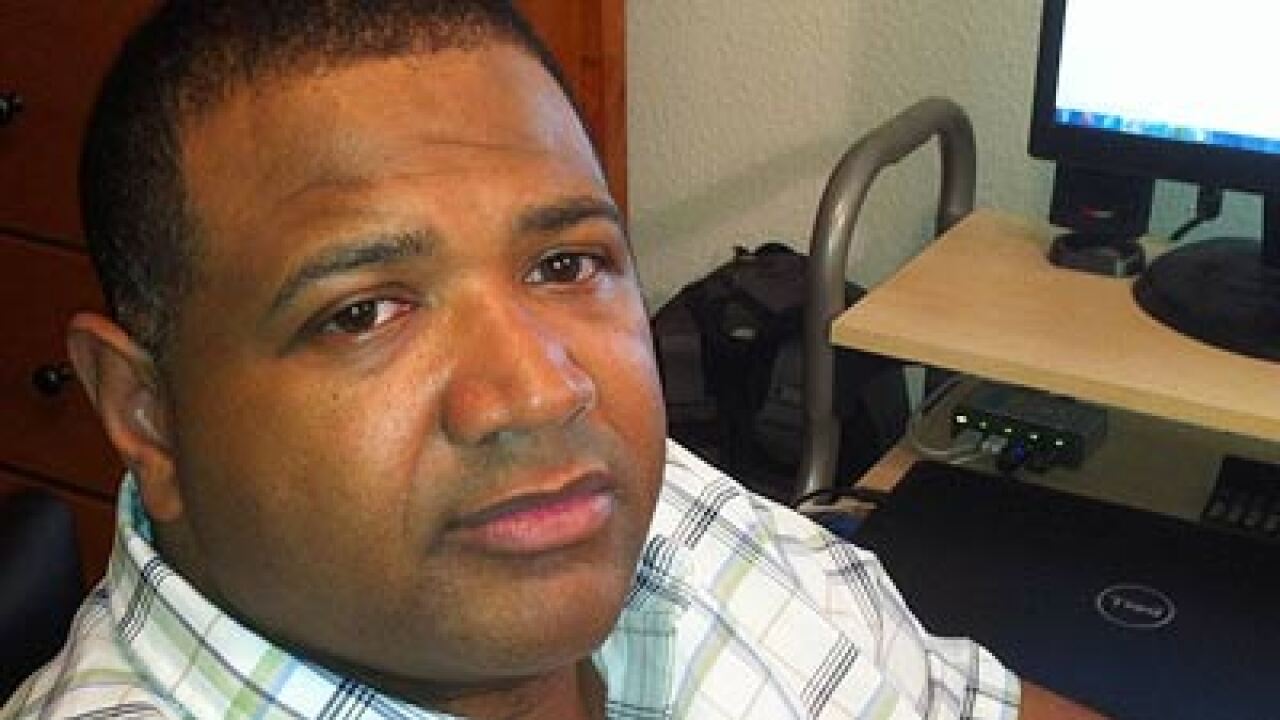 Michael Dixon a software test engineer has been unemployed since Sept. 2011.

By Elizabeth Landau
(CNN) — Michael Dixon hasn’t had a job since September, but he’s definitely not relaxing at home.

Living at a friend’s house without paying rent, he spends all day searching online for job opportunities and more short-term ways to make money, fearing that if he stops to watch TV, he’ll miss something.

“It’s kind of like a feeling of ‘I can’t believe this is happening to me,’ and a sense of hopelessness,” said Dixon, a 38-year-old Seattle resident. “You really, really, truly start to question who you are.”

Dixon, an experienced software test engineer, knows he’s not alone in his jobless turmoil. The unemployment rate in the United States is at 8.1%, but that doesn’t include people who haven’t been looking for a job recently.

Deceptively, the unemployment rate will likely drop this summer, but that’s because federal extended unemployment benefits are running out for an additional 115,000 people. That statistic doesn’t capture just how many Americans have been desperately wishing for a job for a long time.

Psychologists point out serious mental health consequences of being in Dixon’s situation for a long time.

It’s common for people who have been unemployed for six months or longer to show signs of depression, says Diane Lang, psychotherapist based in Livingston, New Jersey. Eating habits focus on comfort foods, leading to binging. Stress, anxiety and negative thoughts make it hard to get a good night’s sleep, resulting in fatigue and lethargy.

“Being unemployed is actually one of the most difficult, most devastating experiences that people go through,” said Robert L. Leahy, director of the American Insitiute for Cognitive Therapy and author of “The Worry Cure.”

Men with children tend to view unemployment as more a defeat than women with children, Leahy said, perhaps because women might be more likely to view a lack of a job as a chance to spend more time with family.

Physical health may also suffer: new medical conditions such as hypertension and diabetes may follow the loss of a job, Leahy said. There are suggestions that unemployment can even lead to cardiovascular disease, although it is difficult to prove that job loss causes heart damage.

Strains on intimate relationships might result from being unemployed, since frustration between partners can result from financial worries, Leahy said. But divorce rates have been shown to be lower among the unemployed, perhaps because it’s harder to make big decisions such as where to move and how to sell a house while also looking for jobs.

Feeling uncomfortable and embarrassed about their situations, some unemployed people isolate themselves socially and don’t find enjoyment in the activities they once did, Lang said. They may feel hopeless, confused or overwhelmed. Physical symptoms can also include joint and body aches.

And even if you’re trying to get yourself out of unemployment, the job search itself brings significant stress: Research suggests that unemployed workers who actively engage in job-search activities are more likely to have worse mental health, according to a 2005 study.

Not everyone gets clinical depression as a result of unemployment, but it’s a concern, Lang said. Friends and family of unemployed people should look for warning signs, such as sadness, lack of energy, insomnia and irritability.

Perhaps the first thing to do if you’re unemployed is: Validate your right to feel miserable, says Leahy. “You’re a human being. You have a right to feel unhappy.”

But instead of ruminating, you could take a proactive role in searching for a new job and taking care of yourself. Try to acquire new skills or network if you can.

Keeping a consistent schedule helps people who are feeling overwhelmed about the prospect of another day without a job, experts say. Chart out what times of day you will be looking for jobs, when you will be sending out resumes and when you will eat your meals.

Structured time and physical activity have been linked in research with higher mental health. Make sure you also get exercise, Lang said. Simply walking a few times a week can help give you a natural high when you’re feeling down. Dixon has felt much better since he started doing 20-minute exercise videos.

Another strategy is to find unemployment groups, which bring in speakers and provide networking opportunities among people who are not judgmental if you are out of a job, Lang said. Support from family and friends is crucial and, if the person becomes seriously depressed, he or she should seek counseling.

“You can look at it as a time in between that last job and the next job,” Leahy said. “How do you make the best of this time?”

You might find it fulfilling to do volunteer work, which may help you make connections that could eventually lead to a job, or new friends, and build self-esteem by helping others.

It’s also worthwhile to think about career flexibility. If you can’t go back to the industry in which you were trained, could you try something else?

One of Leahy’s former patients was an unemployed actor; Leahy encouraged him to think about what else he might do. The actor went back to school to become a nurse. Leahy still gets a Christmas card from the former patient describing his work as a psychiatric nurse.

“Being flexible and open is extremely valuable,” Leahy said.

How real people are coping

Dixon has thought about trying for jobs in a different field temporarily, but he’s worried that prospective employers will pass him over if he tries something else outside his field. And he gets the sense that he’s getting rejected in favor of others who already have jobs or more training from overseas.

“The more you’re out of work, they think there’s something wrong with you,” he says. “It’s a really nasty cycle that plays on you psychologically. It makes me doubt myself.”

Jannet Walsh is looking for ways to stay positive while facing rejections from prospective employers. Jannet has been unemployed since August 2011.

Jannet Walsh, 48, of Murdoch, Minnesota, feels the mental strain of unemployment, too. A photojournalist, she’s been out of a job since she was laid off from a small publication in August 2011. Since then, she has faced countless rejections from other positions.

She doesn’t feel depressed per se, but is looking for different ways to stay upbeat. A few weeks ago, she walked to a field at the edge of her small town and painted a watercolor of the sunset. She’s also trying to revamp her website.

“You’re focusing so much on this ‘gotta find a job, gotta find a job’ — you’ve got to create something positive out of all the negative you’re getting,” Walsh said.

And there are dark moments. She cried when a state workforce counselor told her to take her advanced degree and other prestigious experiences off her resume (including participating in CNN iReport) since she’s overqualified for local opportunities.

Dixon picks up one-time sources of income when he can by participating in focus group and academic studies.

A friend has let him live in her house for the past six months, but not without tension. They sometimes argue, and Dixon has no family in Seattle to turn to — he’d probably be homeless if not for his friend.

In the meantime, Dixon cooks and cleans the house to help ease his sense of dependency and continues to look for employment.

“I’m doing the best that I can,” Dixon said. He adds: “You can’t put this stuff in stuff in context until it happens to you.”