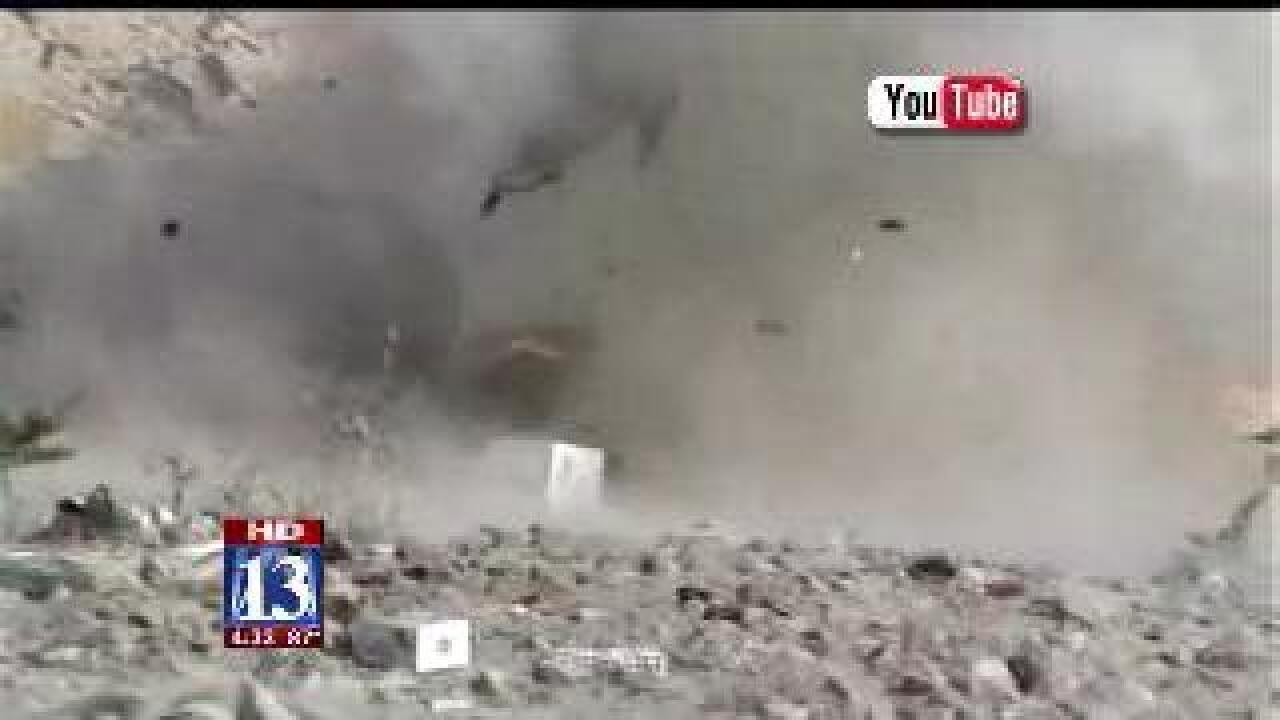 The high fire danger has prompted statewide fire restrictions from the Bureau of Land Management and numerous local fire agencies, but that isn't stopping many outdoor enthusiasts from target shooting on exploding targets.

Exploding targets are a combination of chemicals mixed to cause an explosion when struck by a bullet. They can be purchased online and at some sporting goods stores, but they're very dangerous in dry conditions.

"Binary explosives they are becoming more popular. They way they're designed is they're two inert materials. When you combine them and you shoot at them, they do cause an explosion," said Cami Lee, BLM. "They can cause a lot of damage. It's a big explosion. If you're not careful you can get hurt."

Statewide restrictions have made the use of explosive targets illegal.

Fire officials say two fires sparked on Friday night from target shooting and now they're warning residents of the danger of the practice.

The 300-acre Little Cove Fire broke out west of Utah Lake at around 2:30 p.m. Friday and investigators have determined that target practice on explosive targets are to blame.

"The Little Cove Fire started while some individuals were shooting at exploding target material. Those individuals were all cited by the Utah County Sheriff's Office.," said Curry. "It's a Class B misdemeanor so it could be up to a $1000 fine."

The five people cited could also face a civil suit that would require them to cover the cost of fighting the fire.

Fire officials say they'll be reaching out to retailers this coming week to help educate the public about the ban.