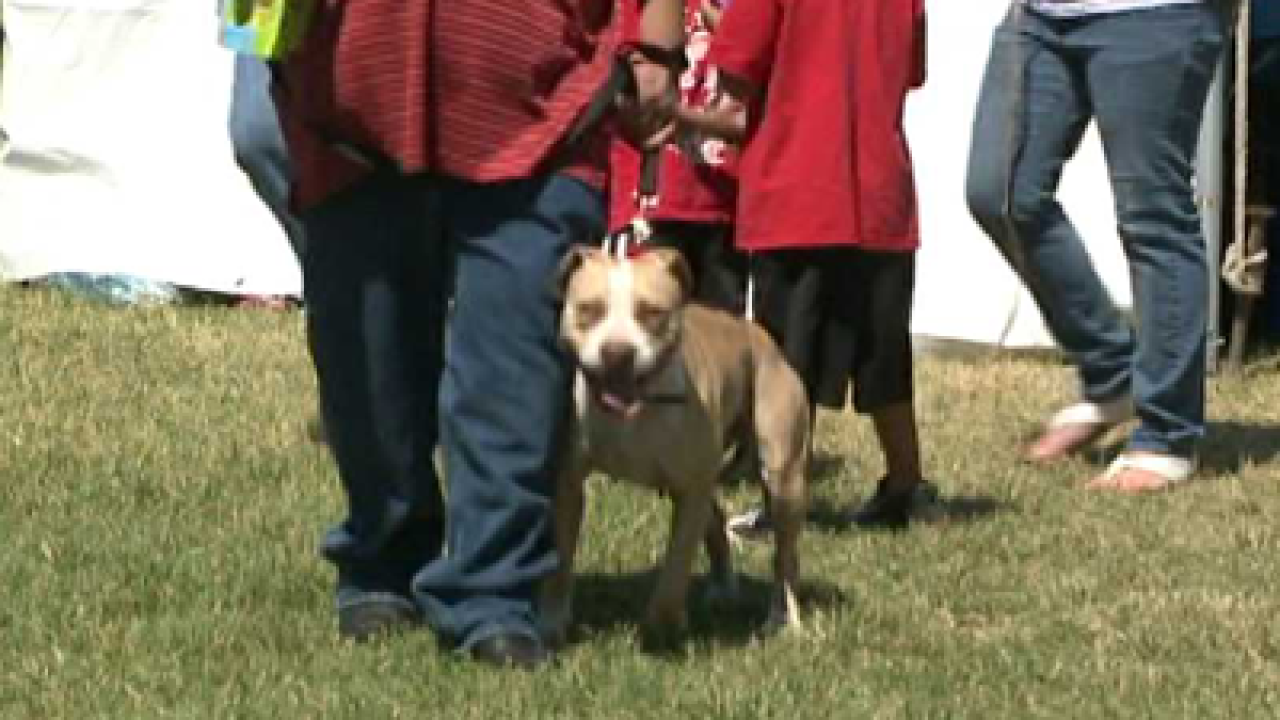 Now she’s fighting to keep Gotti from being euthanized. She says it’s Thomas’ fault, not Gotti’s, that he attacked the officer.

“We need to change the judge’s mind in putting him down because I think he deserves another shot,” said Wright. “He was just obeying commands that his owner told him to do just like any dog that loves their owner would do.”

This is the second time in less than a month that Thomas has been arrested for allegedly calling on Gotti to attack someone. On May 15, Thomas was arrested after ordering Gotti to attack a man in a motorized wheelchair.

Wright says she wants to get Gotti better training and go to a loving home.