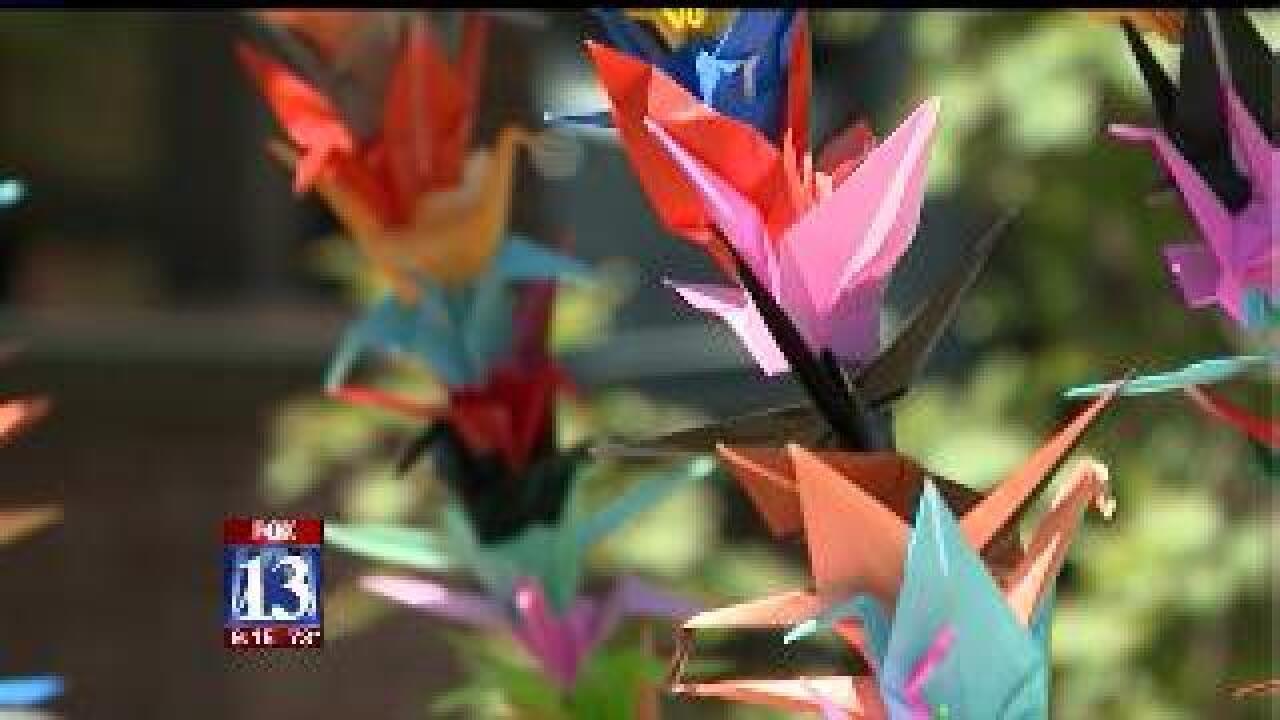 SALT LAKE CITY - The YWCA, an organization that helps provide counseling and a safe haven for abused women and children, opened a new facility in Salt Lake City this week.

The organization has worked in Salt Lake City for more than a century. In that time, it's expanded its capacity, but not its mission to end racism and empower women

"These buildings now stand as a testament to the people of the community who chose to support something that was good and right," said Denise Winslow, President of the YWCA Board of Directors.

Amanda Wagner, a former resident of the YWCA, says the organization helped turn her life around.

"My life had not turned out as I had hoped. I laid down my baggage at their door step, and they gave me a path to follow," said Wagner. "I had access to legal help, I had access to financial, food, medical help, counselling, groups for my children, groups for myself while we were all together and they had it all in one place."

Paper cranes - a Japanese symbol for a wish come true - welcome everyone to the new center in Salt Lake City.

"These cranes now represent the YWCA's wish for a bright future for families and for all those who will enrich their lives under this roof," said Winslow.

For more information on the YWCA, visit www.ywca.org.