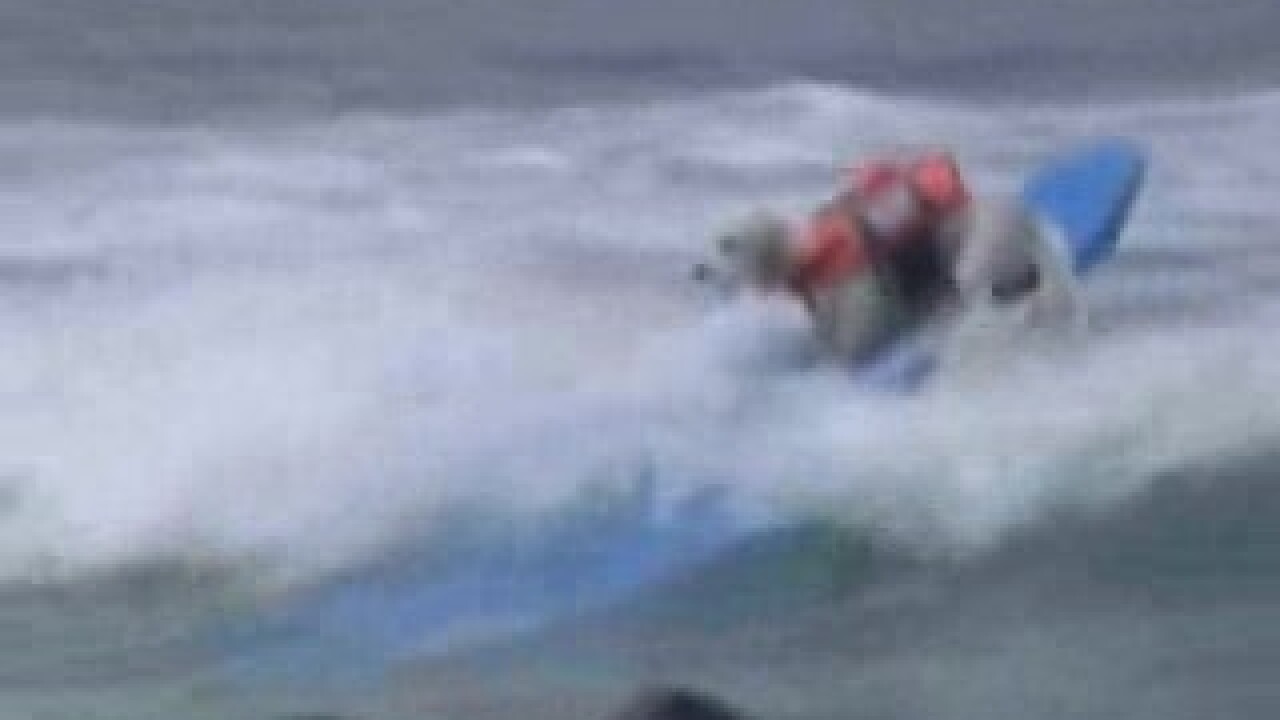 Nancy Decker was trapped inside her car at a toll booth in Wayside, Texas, two weeks ago when the vehicle crashed and caught fire.

A man jumped on top of the vehicle, smashed the window with a fire extinguisher and, with some help, pulled her to safety before disappearing. Nancy calls the man her guardian angel.

That man is Mitchell Corbin, a Staff Sergeant and member of the 147th Reconnaissance Wing of the Texas Air National Guard.

Dogs took to the waves at the 7th annual Surf Dog Competition in San Diego this week. The canines broke three world records, including Most Dogs Surfing on One Board at a Time.

All money raised will go to dog charites.

Daredevils dressed in costumes and took to the streets of Atlanta last week for Red Bull's soap box race.

One team consisted of a group of friends who dressed as former presidents. The bi-partisan group consisted of Bill Clinton, John F. Kennedy and Ronald Reagan.