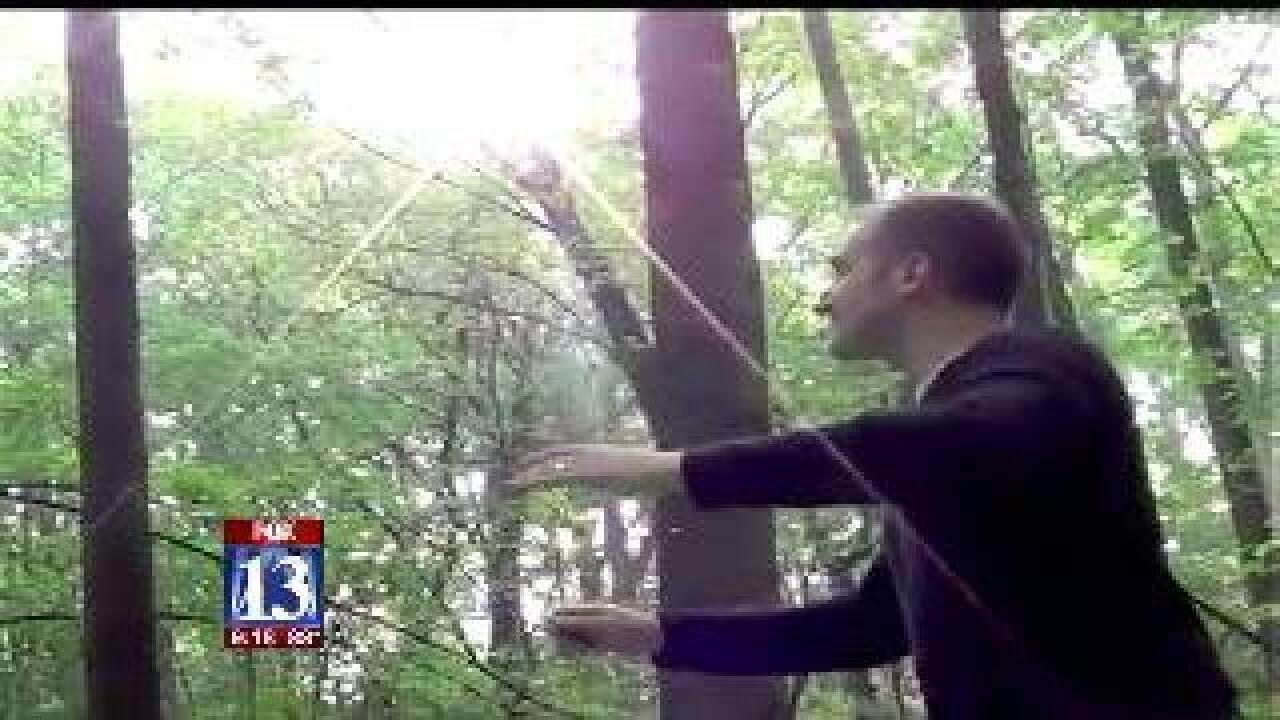 SALT LAKE CITY - Earlier this year, the Mormon Tabernacle Choir announced a search for a guest conductor. They've now selected the winner from among applicants who sent in video auditions.

Applicants submitted videos of themselves conducting Beethoven's famous "Ode to Joy." Finalists were selected and choir members chose the winner.

Some contenders showed off their skills in the rain, in the woods, in dreams and other unusual situations.

But it was Justin Lewis who caught the choir's eyes. His "Ode to Joy" took him from city streets to battleships.

"We just went to a lot of places around Washington D.C. and tried to make sure there were no people around to laugh at me," said Lewis.

Lewis just entered basic training at Maxwell Air Force Base in Alabama. He plans on becoming an Air Force band director and says the Mormon Tabernacle Choir has played a big role in his life.

"I'm super excited. The Mormon Tabernacle Choir has been a big part of my life, their music has gotten me through a lot," he said.

Lewis says he first started conducting as a small child; he used to pick up a stick and pretend to play along at outdoor concerts.

"I would take it and turn it into a baton. So I've been play conducting for a really long time now," said Lewis.

The father of two even met his wife through music.

"We met at orchestra camp a long time ago. I'm a cellist and she's a violist. I sat right next to her. I was smitten. She wasn't very interested in me but I worked on that," he said.

Lewis says he's very excited to lead the world-famous choir. There hasn't been a date set for his conducting experience yet, but the choir has agreed to work with his military commitments. He hopes to set a date this fall.