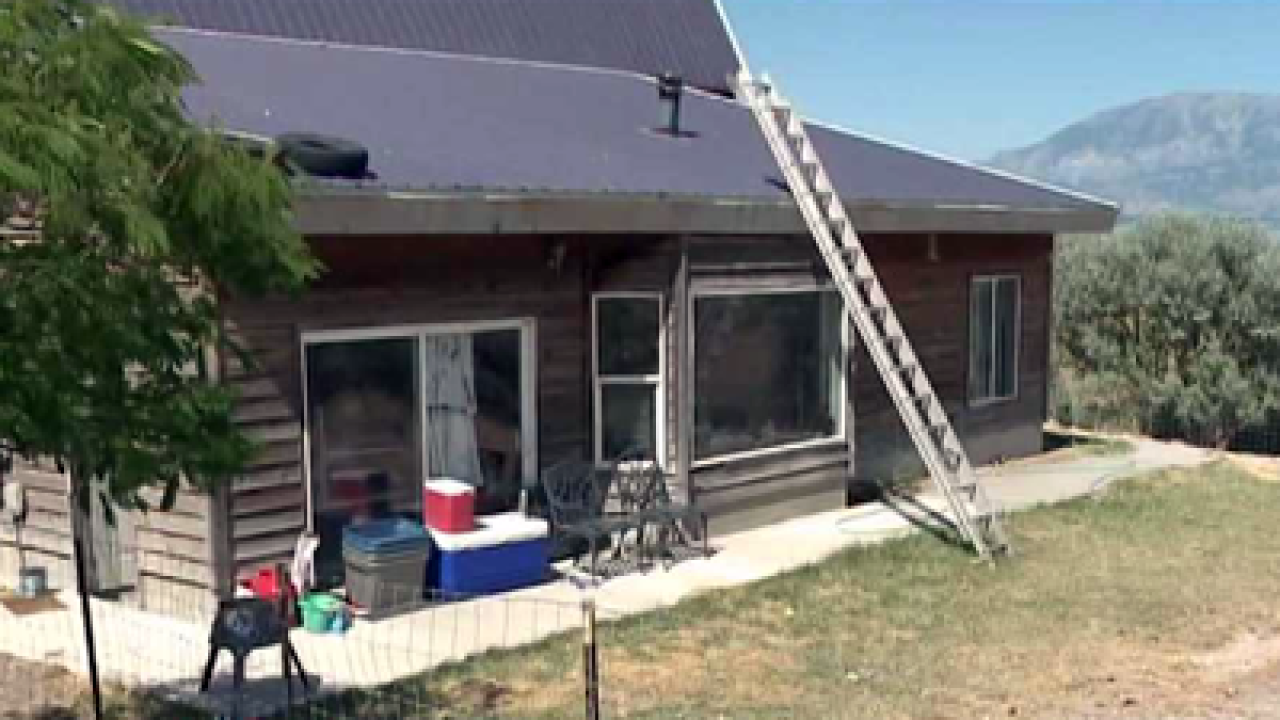 SARATOGA SPRINGS - The mountains west of Utah Lake have been the most active spot for wildfires sparked by target shooting, but wildfires aren't the only danger that comes with the outdoor activity.

Officials with the Dept. of Natural Resources say target shooters have caused three fires in Saratoga Springs this year. Less than a mile from the site of one of those fires sits a farmhouse owned by Tom and Lisa Lowery.

The Lowerys say target shooters fire rounds day and night, a dangerous situation for the couple. They say stray bullets have hit their house, even coming into their bedroom.

"There's some damage here and it embedded itself in this really hard and thick footboard," said Lisa Lowery. "About a year ago, a bullet came in up there and traveled diagonally across the room and hit that side."

The Lowerys say the most terrifying experience they've had was over Memorial Day weekend.

"We were here on Memorial Day working outside building a fence and a slow-moving bullet came between us and hit the window," said Lisa. "I've realized I've got this low-lying terror as they're shooting up there seven days a week, daylight to dark and sometimes after dark."

The couple found seven bullet holes in their house and complained to local officials, asking for something to be done to protect them and their property. In response, BLM officials posted four signs banning target shooting in a spot close to the Lowerys' home.

Both the BLM and the Utah County Sheriff's Office have committed to increasing patrols in the area to keep the Lowerys safe.

"BLM committed to the signage.  The Sheriff's Office committed to more patrols and hard enforcement of the laws on the book," said Lisa.

The BLM plans to post more signs warning shooters that it's illegal to knowingly shoot towards a highway or home and violators can be cited. Lisa hopes the new signs will help notify shooters that were simply unaware that there is a house in the area.