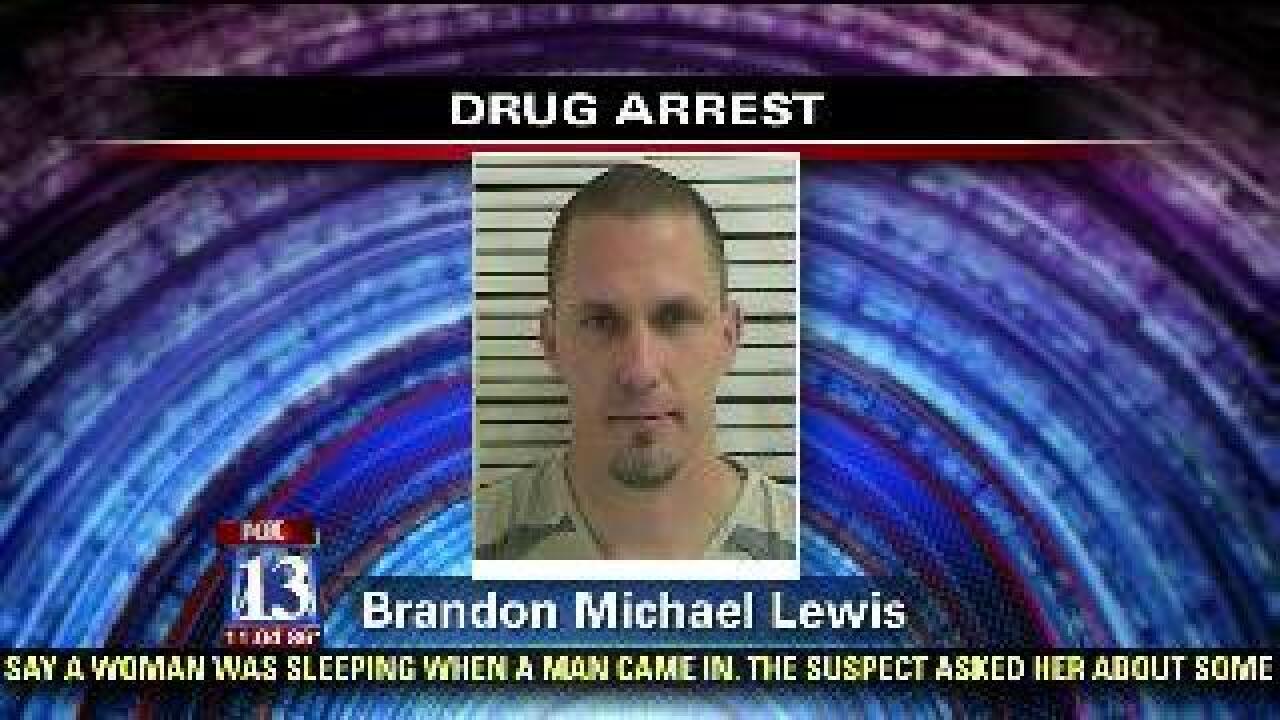 CLEARFIED, Utah -- Clearfield Police arrested a man they say booby trapped his home in an attempt to keep police out.

Police said they were at the home of Brandon Lewis to serve an arrest warrant when drug-sniffing dogs indicated drugs were inside.

They returned with a search warrant and broke down the front door.

Inside they found 2-by-4s fortifying the door and electric wires hooked into it. Police said Lewis was found hiding in the attic under the insulation.

He was arrested for suspicion of drug possession with intent to distribute and for his warrants. Police said they found meth and other drug paraphernalia in his possession.