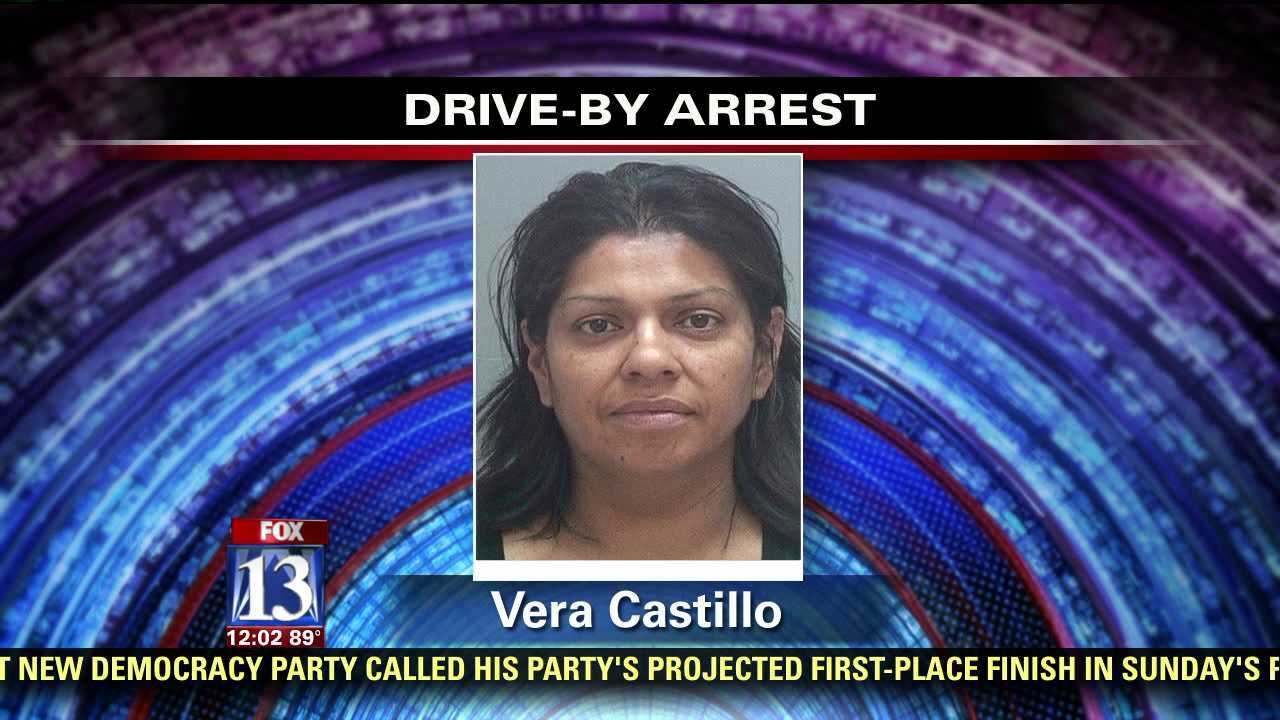 SALT LAKE CITY -- A woman fired at a man while driving with her two young children Sunday, according to police.

Vera Castillo, 42, is behind bars in the Salt Lake Count jail after turning herself in.

Police said Castillo brought her 9-month-old and 2-year-old children with her as she fired a gun at a man during a drive-by shooting.

A police report says the man was Castillo's neighbor. The incident happened near 1700 West and 400 North in Salt Lake City.

She is being held without bail on suspicion of assault and attempt to commit a capital felony.

The children were not harmed in the incident.