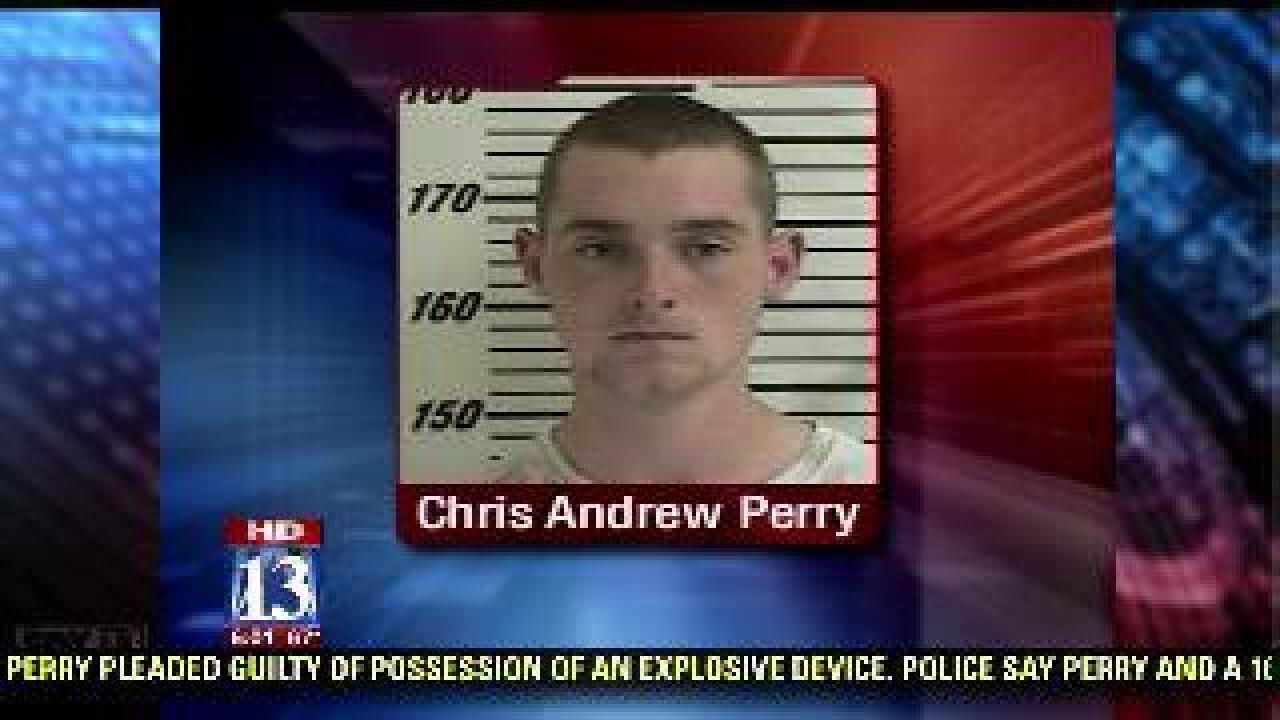 FARMINGTON, Utah -- The high school student who pleaded guilty to setting off a bomb at Bountiful High failed to appear at his sentencing hearing on Monday because he was incarcerated.

Perry was expected to be sentenced to four months in jail in connection with the bombing incident.

No one was hurt by the explosions. One of the devices was set off at the school, which caused school officials to put the school into lock-down for about 90 minutes.

Police said another device was set off at a nearby church and two more explosives were at a nearby apartment complex and a house.

The devices were made of toilet bowl cleaner and aluminum foil.

"Anyone nearby could easily be burned by these chemicals, not to mention the explosive hazard," said Sgt. Gary Koehn, Bountiful City Police Department.