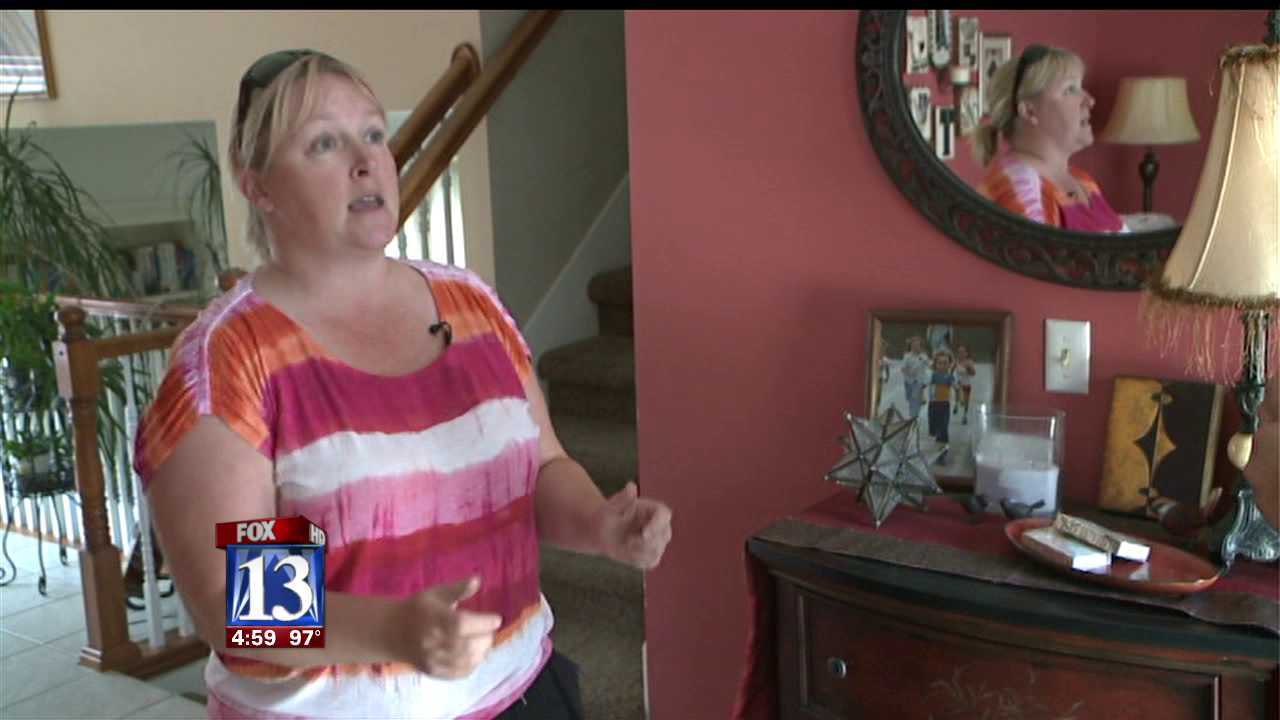 Coleman says at about 8 a.m. she heard a knock at her door and when she got up to see who was there, the door and the door jamb came flying toward her.

“I basically screamed expletives at him and told him to get out of my house,” said Coleman. “I chased him out the door and down the street, barefoot and in my pajamas.”

She followed until the suspect slipped out of sight, then returned to her house and called 911. But her encounter with the intruder wasn't over.

"It was probably 10 minutes later, I was standing outside still talking to the 911 operator, when I turned around and he [the suspect] was walking up the sidewalk,” said Coleman.

Police say the suspect ran off and left behind his car. He apparently doubled back to retrieve it.

Coleman says he got into the vehicle, sped off, but not before she had recorded the license plate number.

Because Coleman and a neighbor were already on the phone with 911 dispatchers when the man came back, they were able to give a detailed description.

West Jordan Police caught up with the suspect on Bangerter Highway where a pursuit began. A short time later the suspect crashed his car and police were able to arrest him.

The suspect is 38-year-old Shilo Dennis Martinez of West Valley City. He has a long criminal history and was wanted on a federal parole violation.

Police say they do not know why Martinez allegedly targeted Coleman’s house.

Coleman says she has lived there for eight years and nothing like this has ever happened. She says she is investing in an alarm system.