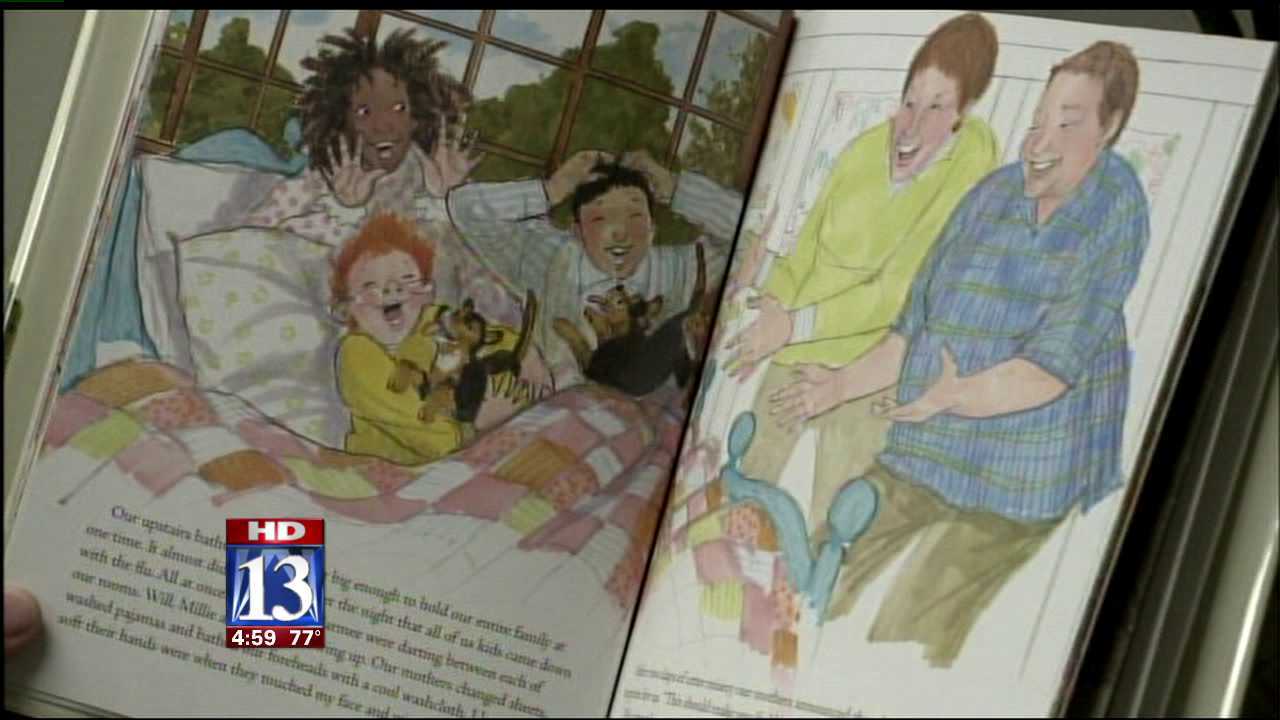 FARMINGTON, Utah -- About a dozen gay and lesbian parents and supporters attempted to speak to the Davis School Board about the controversial decision to yank a children's book about lesbian mothers from bookshelves in the district.

They were not put on Tuesday's agenda and therefore, not allowed to speak, but stayed to make their presence visible to the school board as it considered budget items. A few confronted school district officials in the hallways about why the book "In Our Mothers' House" was restricted, accessible to students only with a parent's signed permission slip.

"The notion that you have to have permission to read a book about a different kind of family is just ... it hearkens back to the 1950s when you had segregation based on racial lines," said Brandon Mark, who was at the meeting with his partner, Weston Clark, and their child, Xander.

The Davis School District pulled the book about children with two mothers from library shelves after some parents at a Kaysville elementary school circulated a petition to have it removed. A committee of parents, teachers and faculty made the decision to restrict access to it.

School district officials have cited Utah sex education laws, which forbid discussion of homosexuality. The American Civil Liberties Union said in a letter to the district that "In Our Mothers' House" is not a health book and the decision to restrict it may run afoul of First Amendment protections. The ACLU said Tuesday it was in an "ongoing dialogue" with the district over what to do with the book.

The decision has been heavily criticized as censorship and insensitive to LGBT families within the district.

"It's just, you know, 'Your family belongs behind the bookshelf,'" said Heidi Justice, who showed up to the meeting with her partner, Jamie.

"In my mind, the way I  look at it, it's like institutional bullying," Jamie Justice said.

Members of the Davis School Board disagreed.

"I think it was the perfect decision," board member Peter Cannon told FOX 13. "Because we do want to have some protection for our littler kids. But at the same time, we want to make the book still available. I love the idea of having parents have the decision as to how their children will be educated."

Davis School Board President Marian Storey offered to meet with those concerned about the decision to pull the book, as well as those who support the decision. But she defended the district's policy to restrict "In Our Mothers' House."

"The fact of the matter is that after the jury has met, that is the decision," she said. "We are going to stick with our policy as of right now and do the process we have in place. Hopefully, it will serve the people of Davis County."