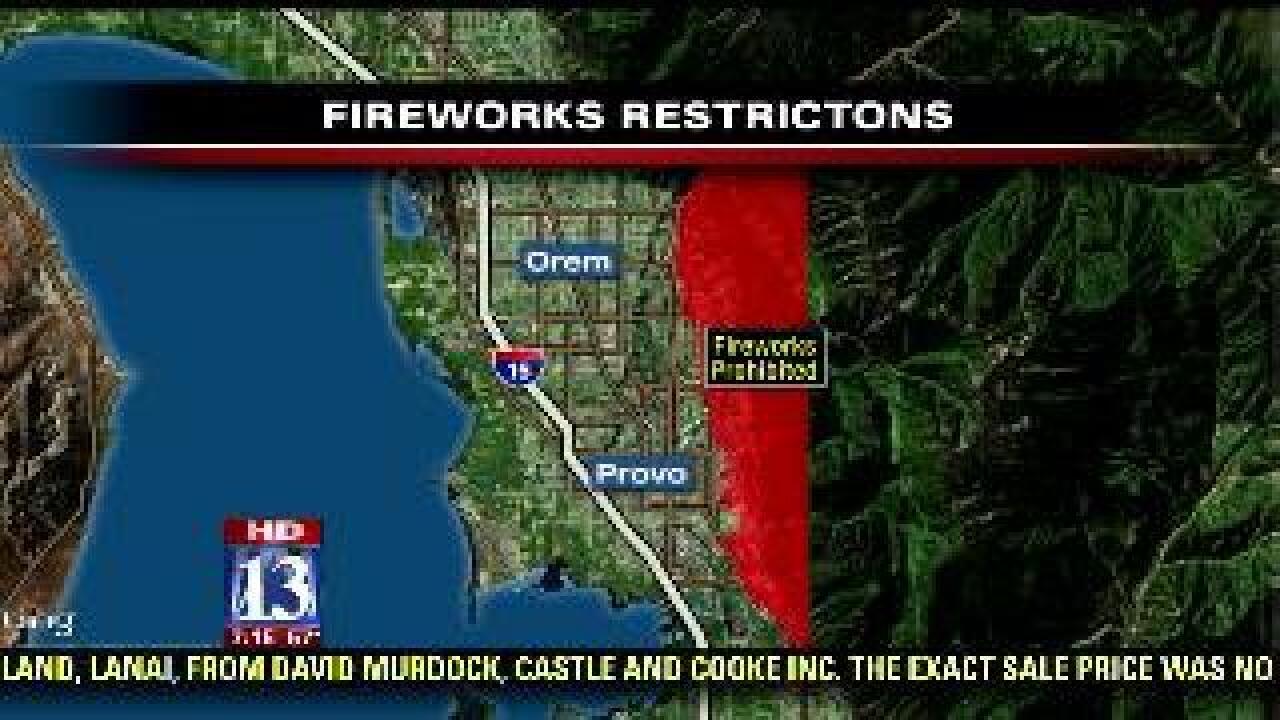 PROVO, Utah - Hot, dry conditions across Utah are combining for high fire danger, forcing cities across the state to put fire and fireworks restrictions in place.

In an effort to prevent fires, Provo has banned open fires within city limits except in designated fire pits. Residents can still barbecue in grills and use properly-built fire pits, but all other open burns are prohibited.

"If you have an established fire pit or fire ring in your backyard we're not going to come around and check on that," said Deputy Chief Gary Jolley, Provo City Fire Dept.

Target shooting is also prohibited within city limits except at the Provo Gun Club in Provo Canyon.

Provo firefighters say they're trying to get the word out about the restrictions and educate violators, but in some cases, there could be fines as high as $500.

"We're trying to get the word out so people know there's something on the radar they need to be aware of. It's just so hot and dry and we've had fires in the state. We want to try and prevent that," said Jolley.

State-approved fireworks can be ignited within city limits, but Provo firefighters recommend lighting them at least 20 feet away from anything combustible like weeds and fences.

Other cities across the state have also implemented fire restrictions. For more information, contact your local fire department or visit publicsafety.utah.gov.