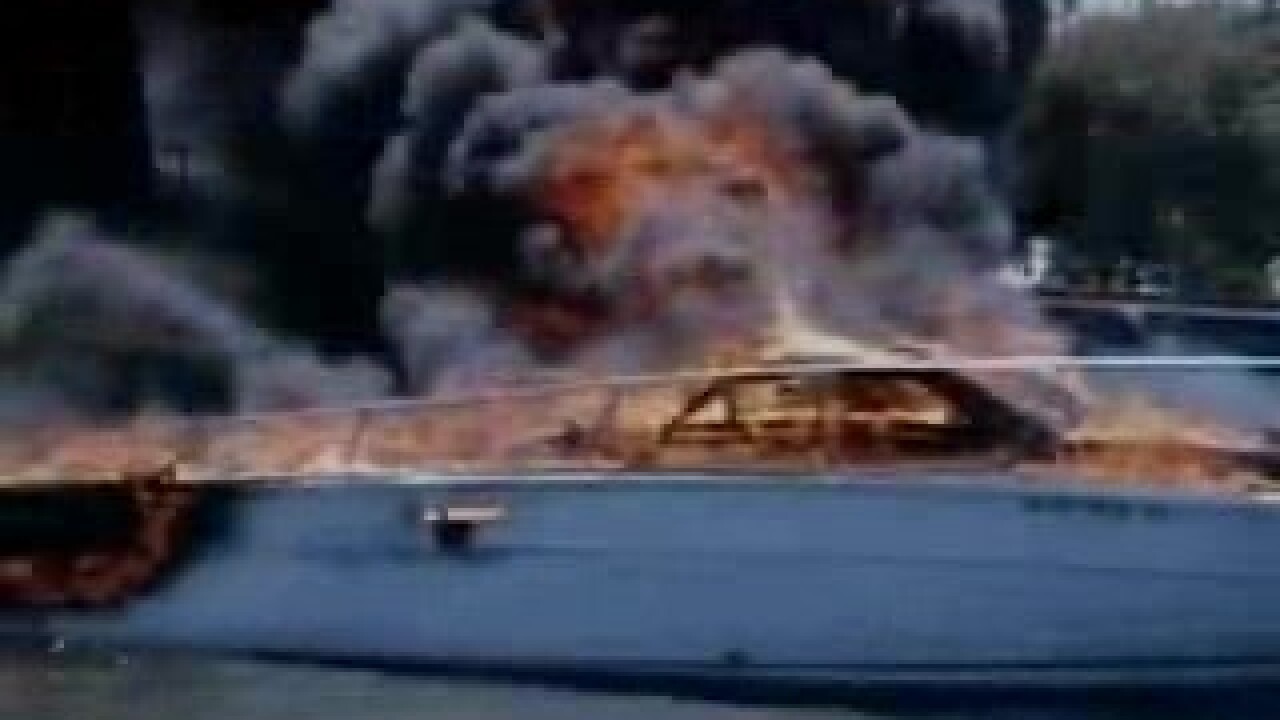 Some roads are underwater and sinkholes and open manholes have been appearing. Residents of at least one neighborhood have been evacuated and there are power outages.

A 30-foot-long yacht exploded in the San Francisco Bay while its owner was taking prospective buyers for a test ride.

No one was hurt, but the burned-out yacht sunk and had to be pulled out of the bay.

Four massive cranes barely made it under the Chesapeake Bridge in Maryland. The bridge was shut down for an hour to allow the vessel to completely make the pass.