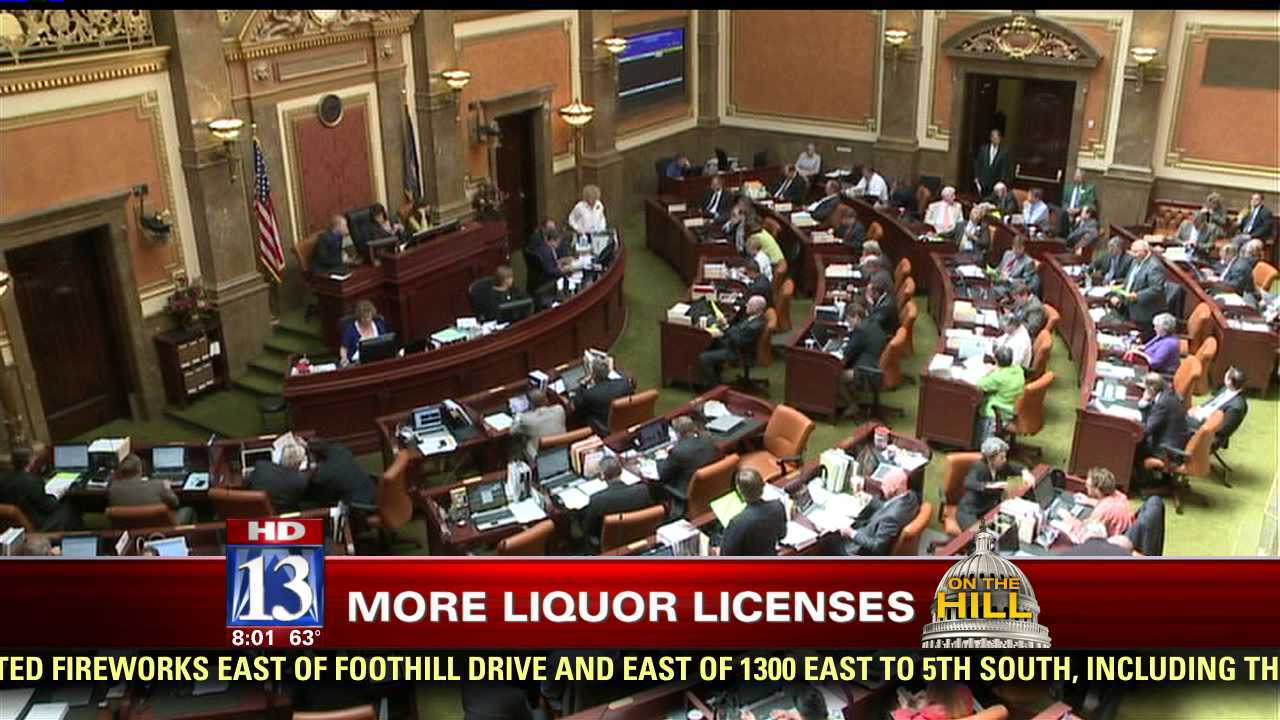 SALT LAKE CITY --The Utah Legislature passed a bill to increase the number of liquor licenses available for restaurants on Wednesday.

With economic development as the argument for it, the bill passed overwhelmingly. Major national chains have told legislators that cannot open restaurants without liquor licenses.

"It doesn't seem like it's be a big deal to me, I'd be fine with it," said Matt Schaefermeyer, a supporter of the legislation. "I support it. I don't drink myself, so, but I wouldn't have a problem with it at all."

Governor Gary Herbert called a special session and one of the issues being addressed is the possibility of adding 90 new licenses.

The Governor said the increase would help improve the state economy and help to attract new businesses to the state.

"I don't think what extra money would be made, or better business, is worth it. It's just not worth that," said Dale Fowers, who opposes the legislation.

Buffalo Wild Wings has plans to open ten locations in Utah, but are concerned if they are not able to sell alcohol.

"But over the next couple of months, if can't get approval, it will likely delay the opening of some of these restaurants that right now are slated to open later this year," said Robert K. Reynard, attorney for Buffalo Wild Wings. "

The restaurant said each location would employ 100 people, for a possible total of 1,000 new jobs.

The Utah Department of Alcoholic Beverage Control says Wing Nutz and Longhorn Steakhouse are also on the waiting list.

New and existing liquor license are expected to bring in $280,000 to the state. It will be used for enforcement such as highway and DUI patrols.