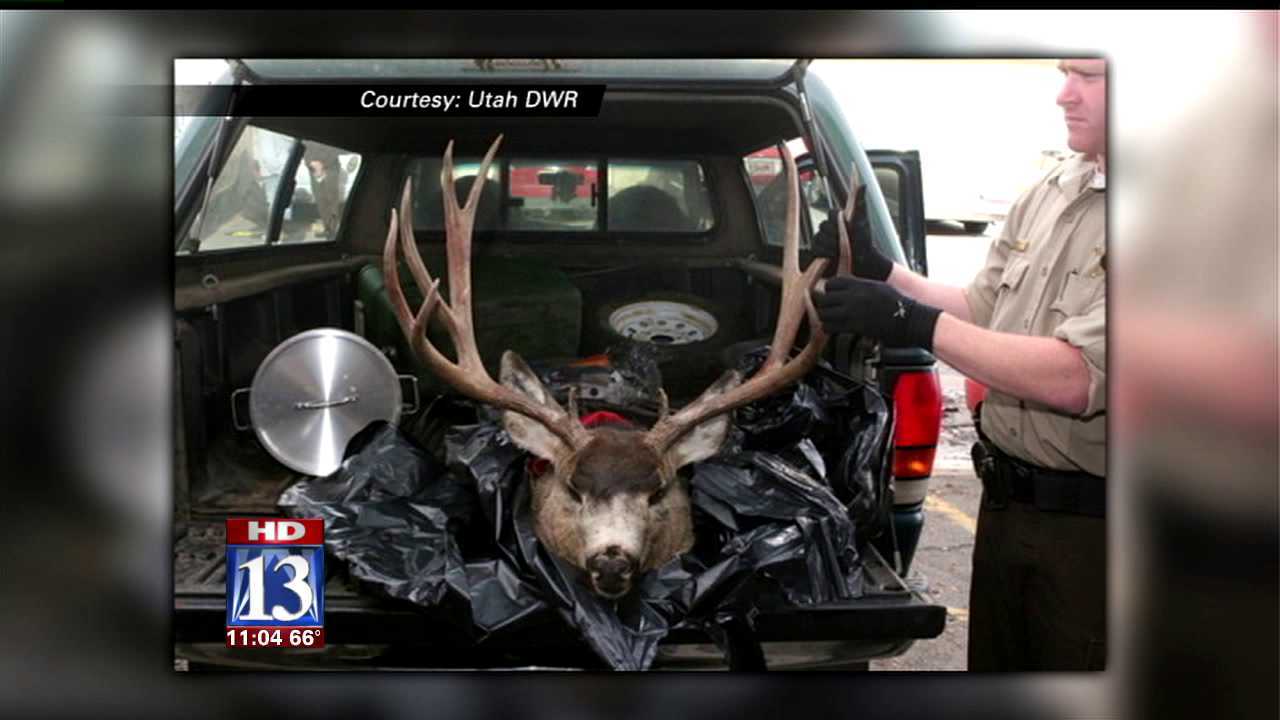 As part of their investigation, officers seized this trophy buck deer, which was killed illegally. Photo: DWR

Six Utahn men were charged in connection with a massive deer poaching ring.

The Division of Wildlife Resources (DWR) says it is one of the most significant poaching investigations in recent history. The charges are the result of a nearly year-long investigation.

Officers said the men killed 30 deer between October and December 2010.

"These folks were going out mostly at night, using a spotlight which is illegal as well," said Mike Fowlks, Division of Wildlife Resources. "They did not have permits for the deer and it was out of season.  Most of them occurred on winter range when the deer are vulnerable."

Some of those charged face as many as seven felonies.

If convicted on poaching charges, they could spend years in jail and pay tens of thousands in fines and restitution.