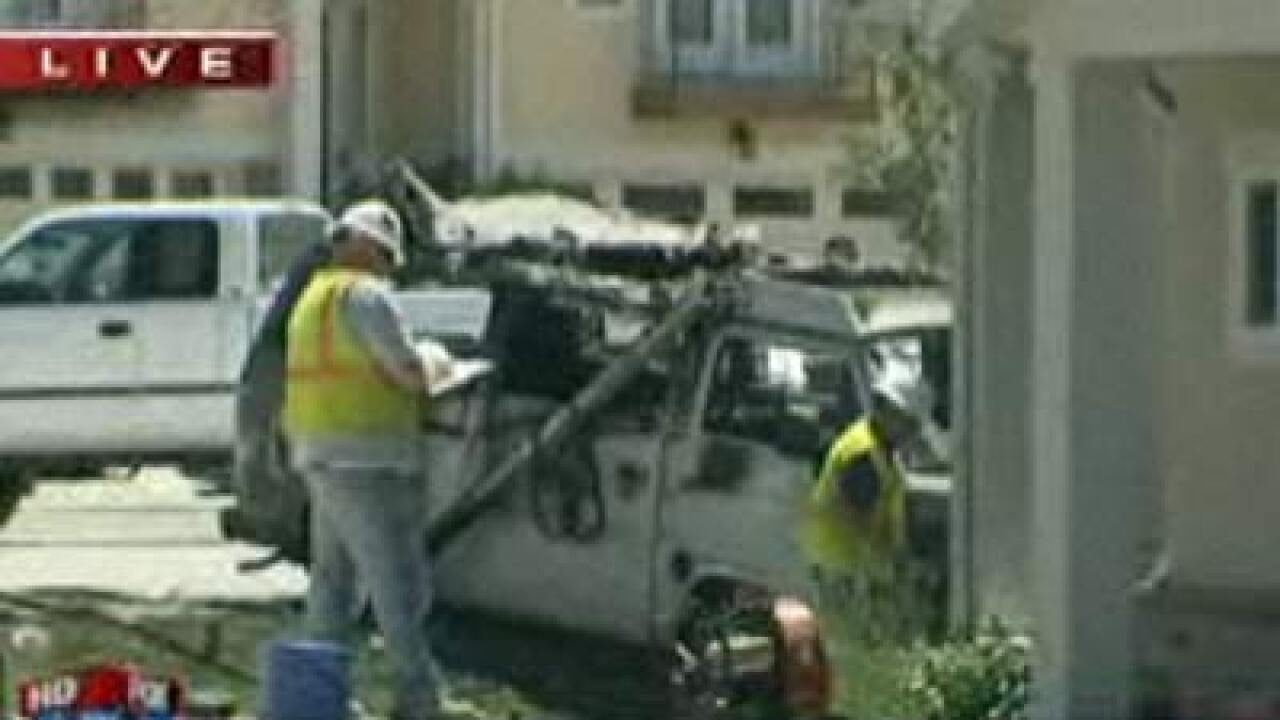 SANDY, Utah -- A parked van slipped out of gear, caught on fire and hit a home Thursday morning in Sandy.

The unoccupied van was parked in front of townhomes near 1100 East Quarry View Way (8925 South) when it caught fire and began moving slowly uphill towards a nearby home.

"I was the only one around when this started. Walking my dog. I came around the corner, saw smoke coming out of the rear of the van," said Christon Horstman, who witnessed the incident. "Somehow the van, a brake released or something, started rolling forward. When it started rolling down it was less than about a mile an hour, almost what you'd think you could stop, but it was on fire so I didn't attempt it."

The van inched forward until it came into contact with the home. The female owner was home, but she was vacuuming so she didn't hear the commotion.

"We evacuated her, got her across the street, ended up getting a fire extinguisher, tried that on it, the flames kept increasing," said Horstman.

Derek Maxfield with the Sandy Fire Dept. says that when crews arrived, the van was completely engulfed in flames that rose 15 to 20 feet in the air.

Only a small portion of the home's exterior caught fire and damages are estimated at $25,000. There were no reported injuries.

Investigators haven't determined what caused the van to catch fire.