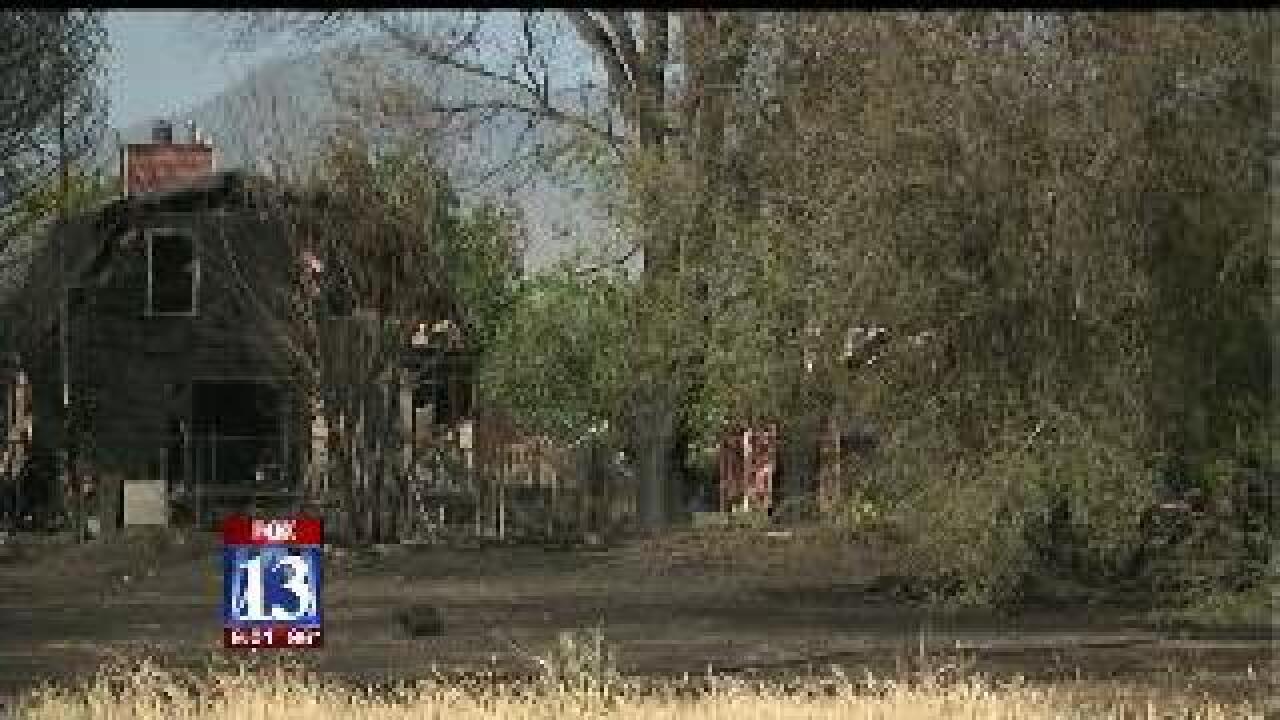 Fire officials say the blaze started just after 3 p.m. when a tree blew over and took down a power line near 7095 South and 2305 West in West Jordan. That downed power line sparked a fire in a brush field, which quickly spread in the dry, windy conditions to surrounding homes.

"A calm day this would have been a pretty routine fire to put out a field fire in the back, but that south wind took it," said Marc Mcelreath, West Jordan Fire Chief. "Those homes have wood shingles on them, lot of embers flying around."

Two homes were destroyed and a third suffered minor damage. Curtis Johnson is the owner of one of those two homes. He and his wife had been remodeling their home, but now there's nothing left. Their dog also died in the fire.

"One of my neighbors called me and told me my house was on fire. It's almost like it's not real," said Johnson. "It hurts, just hurts."

Cora JcKowski, who lives near the field, says it was only a matter of time before the grass would catch fire and put homes at risk.

"My two neighbors would not have lost their homes had anyone listened to him," said JcKowski. "For 35 years, I've been calling West Jordan City requesting, demanding begging, pleading - whatever it would take - to get them to make the owner of this 5-acre hellhole cut them down."

No people were injured in the fire.