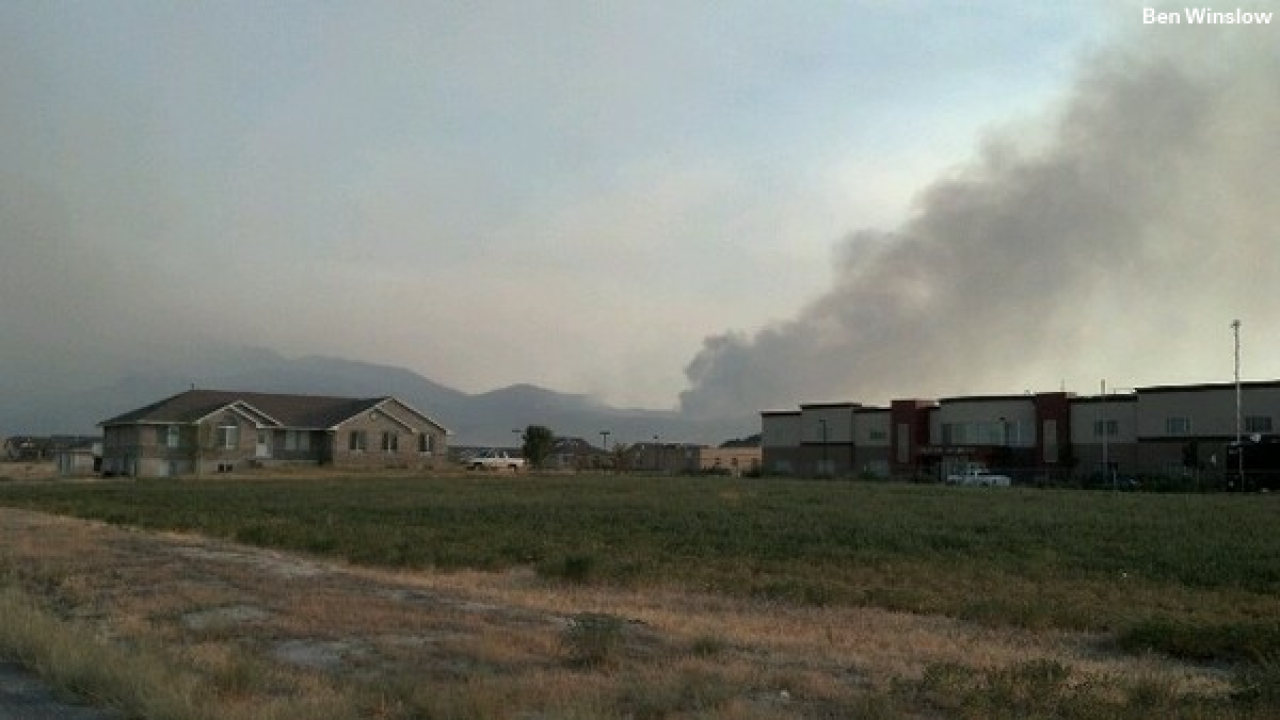 SARATOGA SPRINGS - More than 1,100 homes were under mandatory evacuation Saturday afternoon because of the 6,000-acre Dump Fire.

Thousands of residents were forced from their homes more than 24 hours ago. Many found a place to stay with families or friends, some found refuge at Westlake High School, where the American Red Cross set up a center help the stranded evacuees.

"We've had agencies come in with homemade blankets to give them more of the home feeling and remove some of the foreign point to it so they can feel like a little bit like home and be a little bit more adjusted here," said Scott Vest, spokesperson for the American Red Cross.

Fire crews say that in any fire situation, conditions can change rapidly, and they want to keep residents as safe as possible. That means residents must be kept out of their homes until officials are sure the danger is over.

"They don't want to let you guys back in your house if it blows up again," said Vest. "Making us go back out and re-evacuate everybody."

Evacuations were lifted for all residents at 5 p.m., but Eagle Mountain City Mayor Heather Jackson is warning residents to be on alert and prepared for new evacuations if conditions change.