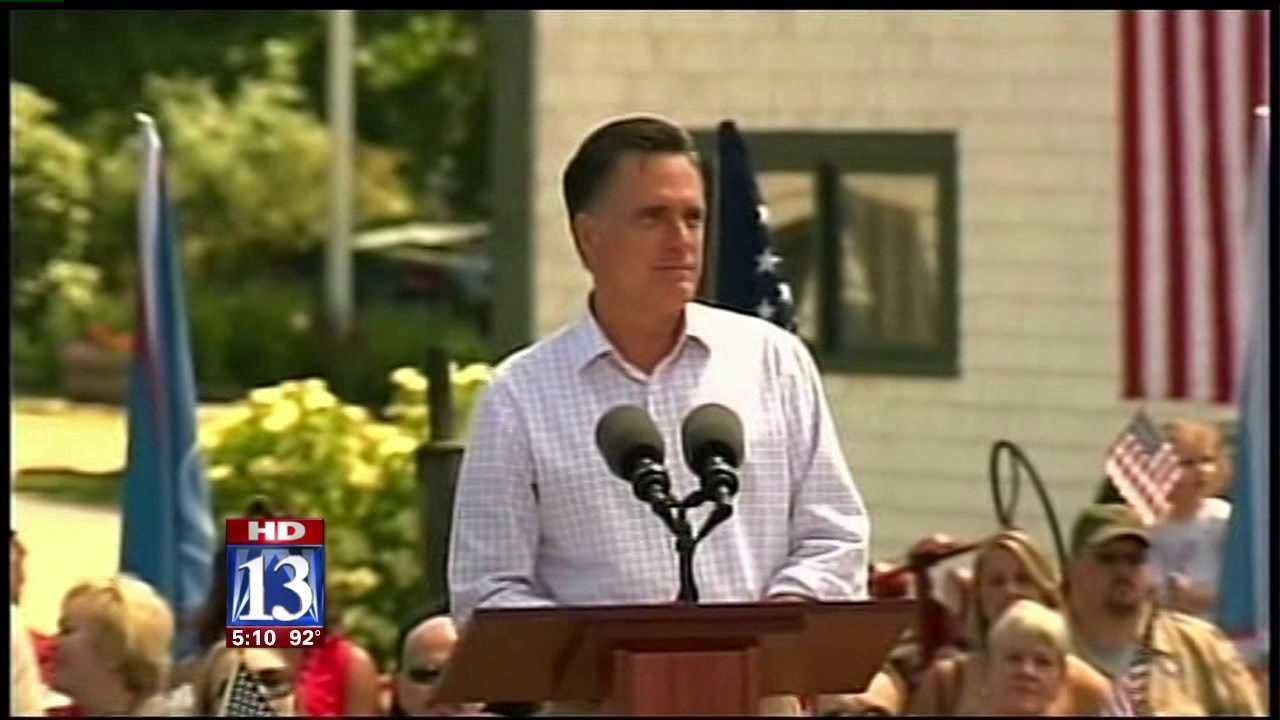 PARK CITY, Utah (CNN) — At a weekend retreat for deep-pocketed Mitt Romney donors, attendees marveled at the perfect weather, the Olympics-style entertainment, even the food.

But the real draw was rubbing elbows with telegenic Republican powerbrokers.

Mitt Romney, his family and other high-flying Republican surrogates were so accessible during the three-day huddle session that one attendee boasted he had buttonholed a congressman in the bathroom.

Romney himself stopped in on panels, introduced the biggest-name speakers, and, joined by his sons, circulated at a Friday night buffet dinner where athletes rocketed down the ski jumps at the 2002 Olympic Park site for entertainment.

Roughly 700 Romney supporters donned lanyards and flagged down golf carts to shuttle between events at the Park City retreat, which offered panel discussions, speeches and a strategy briefing from Romney and his staff. Donors who contributed $50,000 or raised a substantial amount for the campaign were invited to the confab, which also featured a host of politicians mentioned as possible vice presidential picks.

One group not granted access to the event: a gaggle of reporters relegated to a public sidewalk across for the hotel. An array of donors — some of whom agreed to speak on the record, others who asked their names not be used — gave details of the activity behind closed doors.

Two donors called a Friday night Romney speech “inspiring” and emphasized the fact the presidential candidate had spoken without notes.

“Best speech he’s ever given,” a supporter from Los Angeles said, adding he was most impressed when Romney cited a study about married parents being better able to pull themselves out of poverty. “He was very natural, very comfortable.”

Many Republicans pointed to a lunchtime speech by former Secretary of State Condoleezza Rice as an unexpected highlight to the weekend. Rice spoke about foreign policy and “the state of the world,” said Larry Conti, who said he was fascinated by politics and attended as the guest of an invited donor.

After speaking, Rice received “the longest standing O — it went on and on, it was probably a minute,” he said.

Another highlight: a 90-minute briefing from more than a dozen Romney advisers and staff on the campaign’s inner workings, including insight from campaign manager Matt Rhoades, senior strategist Stuart Stevens, finance chairman Spencer Zwick and longtime adviser Beth Myers, who is heading up Romney’s search for a vice presidential nominee.

Famously energetic surrogate Rep. Jason Chaffetz said the speakers detailed the 10 a.m. campaign conference call in which they discuss the day’s messaging, news stories, polling and how “they develop that into a cohesive message.”

Another source told CNN that campaign staffers said the two months since former Sen. Rick Santorum dropped out of the primary race were key to galvanizing the Republican base, and said they “gleefully” pointed to Romney’s fundraising triumph over President Barack Obama’s campaign in May.

Echoing other attendees, Chaffetz remarked upon the efficiency of the jam-packed weekend, where everything seemed to start on time.

“The Governor Romney machine is a well-oiled machine,” the Utah congressman said. “If there’s one thing he knows how to do, it’s run an organization.”

Two attendees described Rove and Matalin as the funniest speakers, joking uproariously but not maliciously about the time Vice President Dick Cheney accidentally shot and wounded a friend with bird-shot pellets on a hunting trip.

Ryan and Thune — both mentioned as potential VP contenders — joined Home Depot co-founder Ken Langone on a panel about innovation, several source said. Langone charged today’s business climate was hostile to entrepreneurs and told the audience he wouldn’t have been able to start his home improvement company in 2012.

Romney’s sons and his wife, Ann, also made the rounds at the retreat. Brightly dressed women flocked to a neighboring hotel Saturday afternoon, where Ann Romney held a “Women For Romney Victory Tea.”

A Democratic source gave CNN a photograph of a private jet owned by private equity firm Bain Capital parked outside the Park City airport. Romney’s highly lucrative career at the helm of the company and its business practices have become a central issue in the campaign, with both sides claiming that record helps their case.

By and large, the focus of Romney and his staff was on turning around the economy, several donors said.

“This country is in a very difficult position internationally and domestically,” said attorney Rodger Young.

And what one donor described as a “call to action” seemed to pay off.

“I’m gonna bundle every penny I can bundle,” Young said of gathering contributions from other supporters.