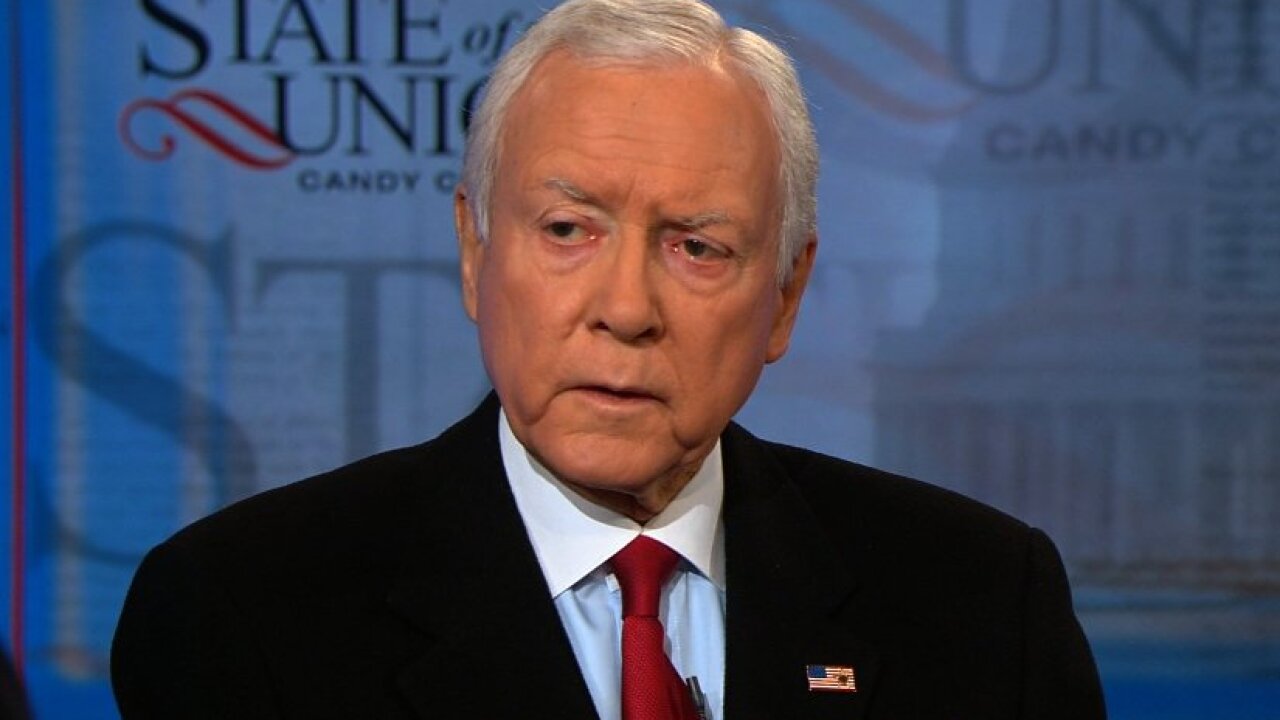 (CNN) — While longtime Sen. Orrin Hatch of Utah is favored to win Tuesday’s GOP Senate primary, his bid for a seventh term in office has not gone without a fight.

Underdog Dan Liljenquist, 37, a former state senator, has waged a spirited attempt to unseat the longtime senator, hoping to emulate the tea party-fueled ouster of incumbent Sen. Bob Bennett in 2010.

But a recent poll showed Hatch may coast to re-election with a nearly two-to-one lead.

While Hatch, 78, has wide name recognition and decades of experience, his biggest advantage has been his campaign war chest. The veteran senator pulled in more than $7 million since the beginning of 2011, according to reports filed with the Federal Election Commission.

Liljenquist, who officially launched his campaign in January after a string of other high-profile Utah politicians decided against a Senate run, failed to come close the $1 million mark. He hit $778,362 in contributions as of June 6, with $400,000 coming from his own pocket.

As in other competitive Senate races this year, outside spending held an influential role in Utah, with nearly $1.8 million funneling into the contest in the last year and a half. A large chunk of the sum came from the handful of groups supporting Hatch, including the super PAC Freedom Path and the National Rifle Association.

Liljenquist saw his biggest boost from FreedomWorks for America, a super PAC that spent more than $600,000 on the candidate in the lead-up to the state’s Republican convention in April when Liljenquist won enough delegates to force Hatch into the primary this summer.

While the former state senator attempted to frame the race as another 2010 tea party vs. establishment challenge, Team Hatch seemed to learn from Bennett’s mistakes and began to push the senator’s conservative credentials early and often.

Hatch’s campaign pointed to his leadership in a Senate GOP push for a balanced budget amendment and his co-sponsorship of a Republican amendment to repeal President Barack Obama’s health care law.

And the day after longtime Sen. Richard Lugar was defeated in his Indiana primary battle, Hatch’s campaign sent out a statement defending his own conservative credentials–features Lugar was accused of lacking.

“From the first day of service in the United States Senate, Senator Orrin Hatch has been guided by the conservative principles that define Utah – limited government, lower taxes, less government spending, and personal responsibility,” the statement said.

To quiet those critical of his near-36 year tenure in Congress, Hatch announced earlier this year that he would not seek re-election to an eighth term–when he would be 84–should he win this year.

Liljenquist shifted his attack strategy to zero in on Hatch’s refusal to take part in a television debate during the primary. Liljenquist even devoted his first TV ad to a debate challenge, questioning whether the senator was trying to avoid a side-by-side image with the younger Liljenquist.

The strategy drummed up enough attention to put Hatch on the defense, as local newspapers and outside groups also called for the senator to take part in the debate. The senator’s campaign argued, however, that Hatch had already agreed to a radio debate and needed to go no further, citing a busy schedule in Washington.

When the two eventually went head-to-head in a June 15 radio showdown, Liljenquist tore into Hatch, accusing him of turning into a Washington insider and ushering “fiscal child abuse” in Congress.

In a candid exchange, Hatch bit back in frustration.

“Apparently I’m responsible for everything that’s wrong in the federal government,” Hatch said. “That’s total BS and everybody knows it.”

As he often did in the race, Hatch argued his experience and rank in the Senate was a big plus for voters, as it allows him to fight for key job-creating entities in the state, including Utah’s Air Force base.

Throughout the campaign, Hatch also made sure to boast his other biggest asset besides money-Mitt Romney’s endorsement. The former Massachusetts governor, who holds sway in Utah with his Mormon ties and his work turning around the Salt Lake City Winter Olympic Games in 2002, came out in support for Hatch in September 2011, long before Hatch had an official challenger.

Romney cut ads for Hatch during the course of the campaign and traveled to Utah for a photo op with the senator in early June.

Hatch’s camp also cashed in with a significant–albeit out-of-the-norm–endorsement from tea party favorite Sarah Palin. She threw her weight behind Hatch in May, saying he was “part of the one percent of national politicians who I think should be re-elected.”

Meanwhile, Liljenquist failed to draw support from some high-profile politicos who’ve injected their voices in other Senate primary challenges, such as those in Texas, Indiana and Nebraska this year.

His biggest nod came from former presidential candidate Rick Santorum, who officially endorsed Liljenquist in mid-June. Santorum, despite having served alongside Hatch in the Senate for two terms, encouraged voters to turn out for Liljenquist, arguing the state needed to elect “authentic conservatives.”

While polls suggest Hatch will come out with a victory on Tuesday, Liljenquist nonetheless will have made his mark on the race and gained national attention by forcing a six-term senator with a mammoth fundraising advantage into a primary.

Political observers note the former state senator showed promise for future endeavors and pointed to his tenure in the state legislature, where he spearheaded efforts to overhaul the state’s pension program.