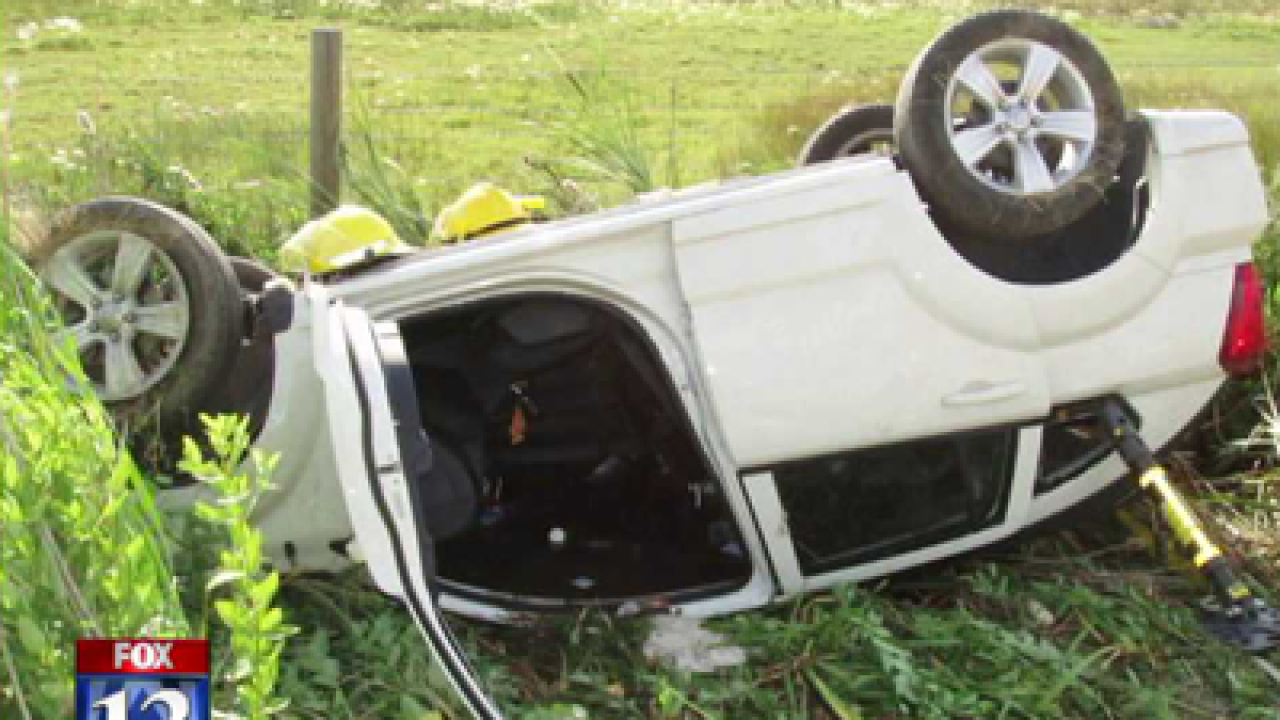 OGDEN, Utah - The Utah Highway Patrol is honoring a group of people who saved a woman from a vehicle that was submerged in water on Monday.

Heidi Orosco was driving along I-15 in Box Elder County on Monday morning when she slid off the roadway, down an embankment and landed upside-down in a ditch.

Two witnesses to the crash and a passing motorist stopped to help Orosco as her vehicle filled with water. As they worked to help the woman out of her vehicle, they were able to flag down a UHP trooper who helped them get Orosco's head above water until emergency crews arrived.

"She was wedged between the steering wheel and the driver's side door, so after we cut her loose, we climbed the seat and pulled her back to a position on the high side of the vehicle so we could try to get her to take a breath," said Jason Navarro, one of the rescuers.

Emergency officials say the heroic efforts of those witnesses and the UHP trooper helped save Orosco's life.

"An incident like this comes along and you're able to make a difference in someone's life...it rejuvenates you and it makes you understand that this is what's really important and this is why you're here," said UHP Trooper Alex Williams.

Orosco, who suffered serious spinal injuries, is now recovering and grateful for the help of the witnesses.