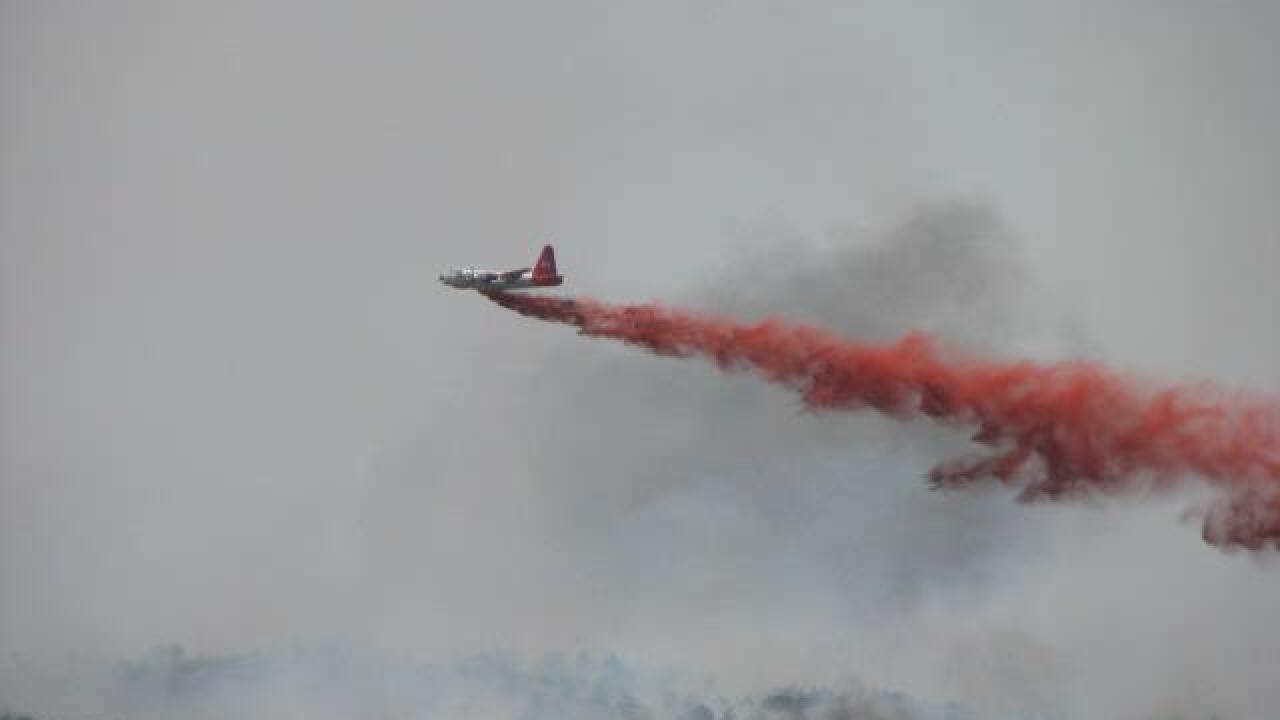 Firefighters say they have about a 40 percent containment as of Monday.

Southern California Interagency Incident Management Team 1 took over management of the the fire from the local unit Friday morning.

Last Thursday, Oak City residents were able to return to their homes after the Clay Springs Fire forced them to evacuate Wednesday. However, authorities say a wind shift could have them out again.

Millard County Sheriff Robert Dekker says that the town of Leamington may be threatened as the fire heads in that direction. He says evacuation orders may come soon while automated calls were made to warn the some 500 residents there.

"We notified them by [automated phone dialing] and contacted some of the leadership in the community through the phone trees and different things to keep people notified and up-to-date," said Dekker.

Two local volunteer firefighters were injured while fighting the fire. They were transported to the University of Utah Medical Center's burn unit where one remains in critical condition. The other is now in stable condition.

One cabin was destroyed and three maintenance sheds were damaged from the fire.

"We got damage to several other areas, some minor damage to some homes, but we only had one loss," said Dekker. "The firefighters did a tremendous job. There's no other way to put it."

Residents of both Oak City and Fool Creek had to leave their homes on Wednesday, according to the Bureau of Land Management. By Thursday, residents of both towns were allowed back into their homes, but were told to remain on standby in case they need to be re-evacuated.

Evacuees are told to relocate to the LDS Stake Center in Delta (126 Whitesage Ave.).

Town meetings will be held (via inciweb.org):

A type 2 team was called in to help Millard County and state forestry crews fight the fire.