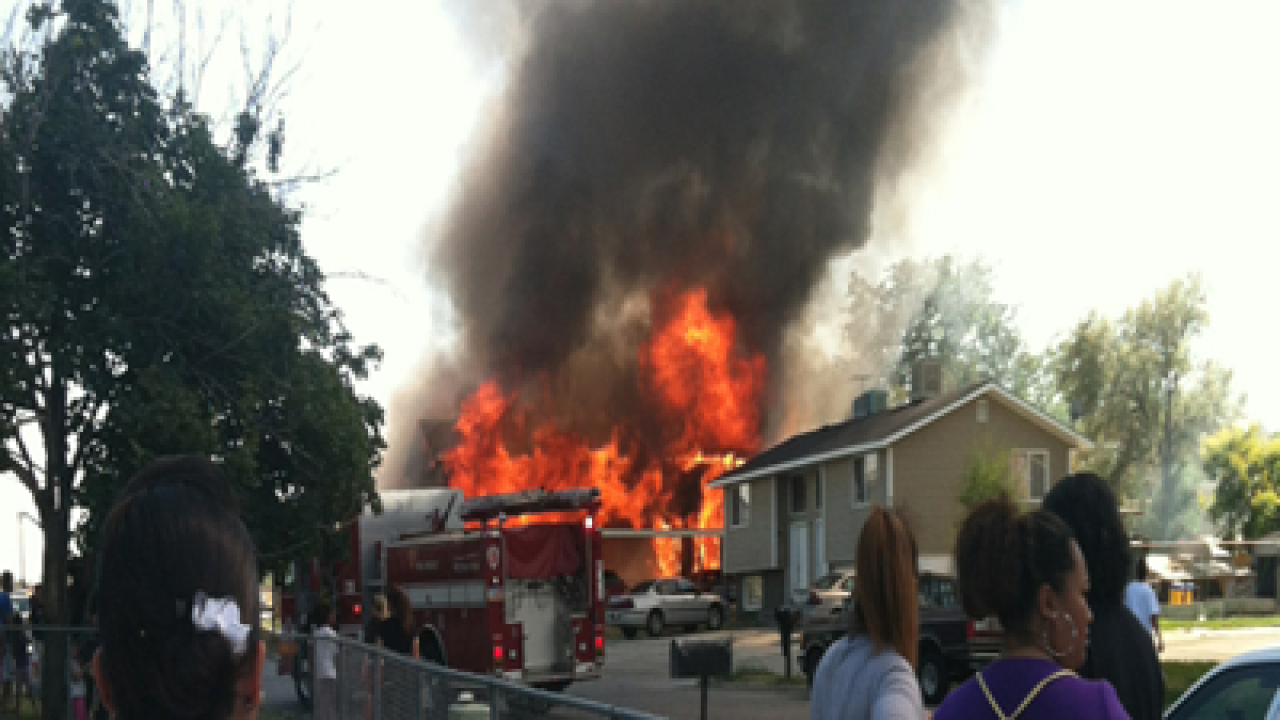 The fire started just after 4 p.m. at an apartment complex near 4514 South Dean Drive (3820 West) in West Valley City. Witnesses say they heard an explosion just before the fire started.

An investigation determined that the fire was sparked when a grill residents were using somehow malfunctioned, lighting the patio on fire. The blaze then spread to the rest of the four-plex.

As the fire burned the complex, it collapsed and winds carried the flames to the next building over. Both were destroyed and now eight families are without a home; the American Red Cross says they will be transported to the shelter at Herriman High School.

"It's too bad a lot of people out of homes, these people don't have a lot of money to repair everything. They're going to lose their clothing and everything else. I don't think it's going to be insured so it's going to be hard," said Barbara Forrest, a witness.