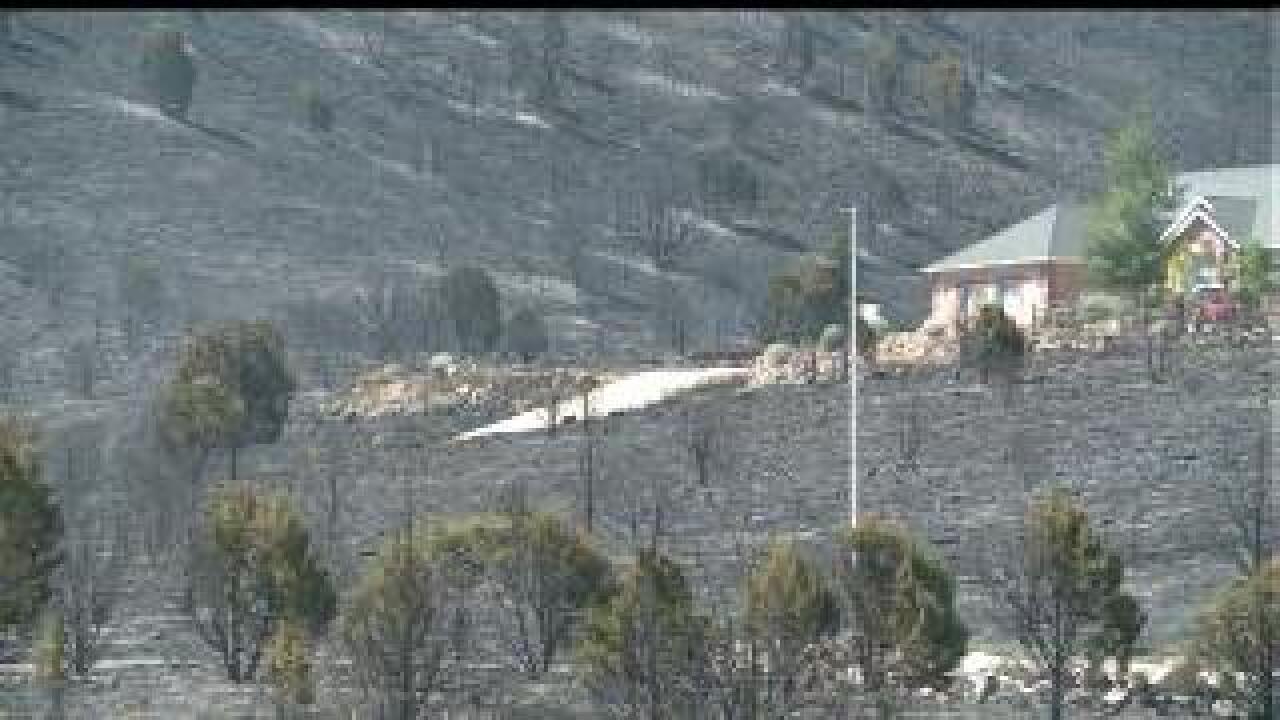 HERRIMAN, Utah - The Rosecrest Fire has burned four homes since sparking Friday afternoon and came close to many others. Fire officials say the key to saving those homes is defensible space.

Defensible space is specialized landscaping, both natural and man-made, that is designed to reduce fire danger. Firefighters say defensible space made a key difference in which homes were saved and which were destroyed.

"This area was probably moved, passed over to save a home, and that's why we're seeing so much devastation here," said Unified Fire Capt. Lee Ascarte. "Defensible space is so huge. We say at least 30, now we're up to 50 feet around the home."

Kim Osborn, spokesperson for the Rosecrest Fire Response Team, says things like large trees and other flammable items piled up near a home can be destructive if a wildfire approaches.

"Those are areas that can catch on fire and then make a lot of heat and throw embers," said Osborn. "When that fire comes, embers travel ahead of the flame front and they can start fires ahead of it."

Herriman is no stranger to fire; the Machine Gun Fire in 2010 taught city officials and residents about being prepared for flames.

"I can tell you without a doubt that we saved a lot of homes because of all the planning that we've done over the years since the Herriman fire," said Ascarte.

Erratic winds and terrain can also impact which path a wildfire takes.