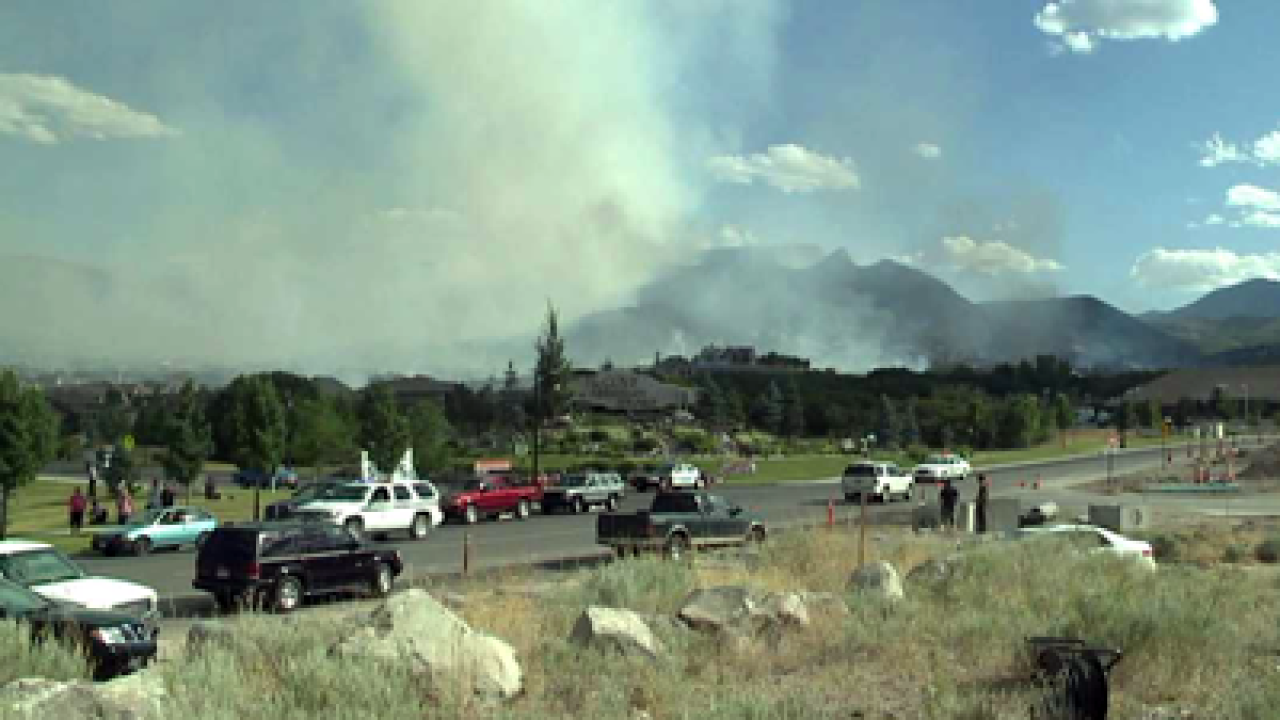 HERRIMAN – Evacuations for the Rosecrest Fire in Herriman were ordered while some residents were still at work. Some who were unable to drive home to gather their family treasures decided to run instead.

More than 900 homes were evacuated Friday afternoon shortly after a fire broke out in The Cove subdivision of Herriman.

Gary and Lindsey Eggett own one of those homes. Neither was home when evacuation orders were put in place. Both tried to make it back to their home to gather personal belongings.

“We couldn’t even get into the city,” said Gary. “They were blocking everybody off.”

But they were too late; roads were closed and officials were not letting anyone through. Lindsey says she decided to leave her car on the side of the street and run the mile and a half uphill through the blockades to her home.

“I just kept thinking I could run there in about ten minutes,” she said.

Lindsey was able to get inside her home and start gathering personal files and photos, but it wasn’t long before she was forced out of her home as police officers banged on her door.

After spending a night in the American Red Cross evacuation center Lindsey says she now has second thoughts about running towards the dangerous fire.

“I had a little smoke inhalation and I was treated,” she said. “It wasn’t a good idea.”

The couple says they’ve learned that everyone should have something ready in case of emergency.